The Rise of Inflation: Will The Hawk Come? 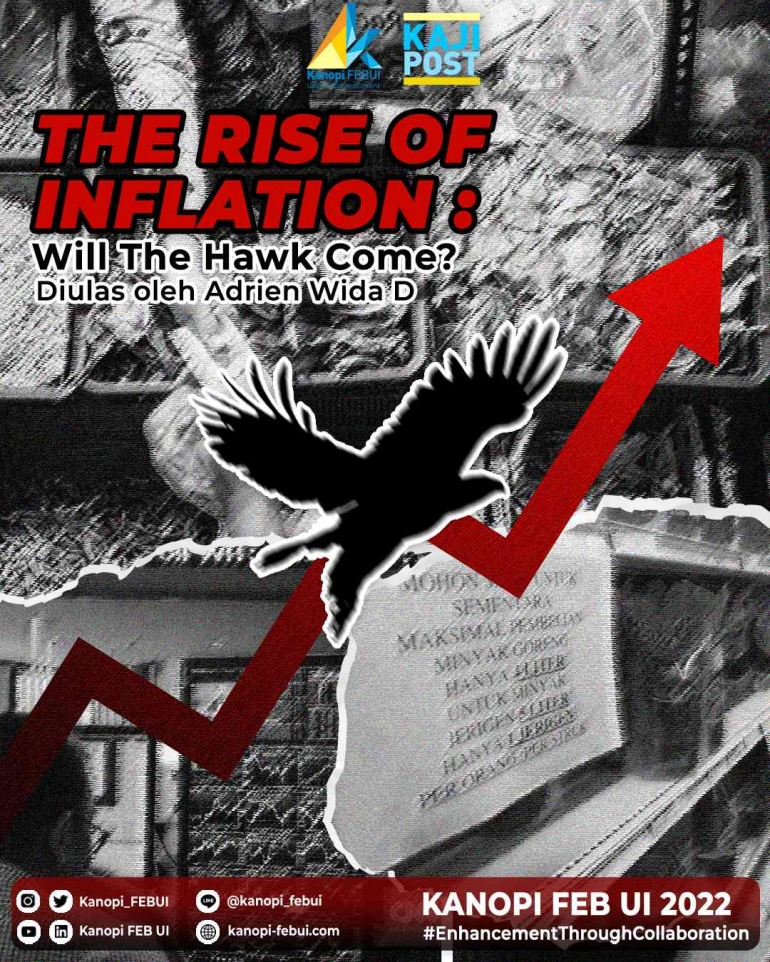 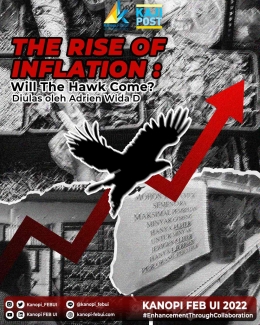 My plans for a road that's less traveled are looking a little unraveled; inflation is roaring, and fuel costs are soaring... Yikes, six hundred bucks for the gravel!

Inflation has returned, and it is raging louder than ever. Prices are rising all over the world, and it is putting a strain on everyone. "Yikes, six hundred dollars for the gravel!" just as what the poem above expresses.

After portraying headlines in the United States and now the United Kingdom, the issue has now become a focal point of policy debates in many other economies, including emerging markets and developing economies.  Inflation in emerging markets has reached its highest point since 2008, at 8.5 percent in March 2022. Such a sudden, widespread spike in high inflation (by today's standards) has not occurred in more than 20 years.

Meanwhile, Indonesia's inflation had just reached 4.94%, a seven-year high driven by rising food and energy prices. The central bank, however, remains unconcerned about the situation, as core inflation (which excludes government-controlled prices and volatile food prices) stays low at 2.86%.

Even though core inflation is low, headline inflation is on the rise, and it is costing the people. Thus, this makes people wonder when the "hawk" will show up. What does data tell us about inflation? What can we learn from history?

Despite a deteriorating macroeconomic situation, Indonesia is thought to be doing well in terms of inflation control when compared to its peers. This is not only the case of Indonesia, in fact, inflation in Asia is also lower than the rest of the world. Data reveals that food accounts for a portion of the price differential between Europe and America, as well as numerous non-Asian rising nations. Food prices have risen globally, but the impact has been uneven, according to Abdul Abiad, director of macroeconomic research at the Asian Development Bank.

Even so, Indonesia's July inflation comes amid soaring food and energy prices globally as well as crop failures domestically (Yuwono, 2022). Major contributors to rising inflation include hikes in the prices of chillies and shallots because of crop failures amid recent heavy rainfall.

Food prices have the greatest impact on developing economies, but there are explanations why Asia's countries have experienced decreased inflationary pressure as well. For starters, supply-chain bottlenecks are not as severe as in the West. According to Drewry, a supply-chain consultancy, the cost of transporting a 40-foot container from Shanghai to Rotterdam has climbed by roughly 60% in the last year, reaching $13,686. The return trip, on the other hand, costs a little more than a tenth of that, at $1,445, a rate that has reduced by 1% in the last year.

Transportation prices for some trade corridors are still more than five times higher than their five-year average prior to the pandemic, according to June data, and many shippers have locked in contract rates at twice or triple the price they used to pay the carriers. According to purchasing manager surveys, supplier delays continue to rise in most of Europe and America, particularly on secondary shipping routes, but are decreasing in China, India, Indonesia, Thailand, and Vietnam. 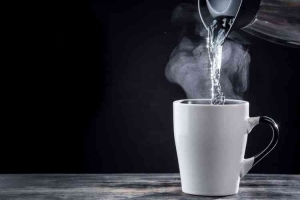 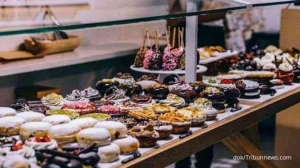