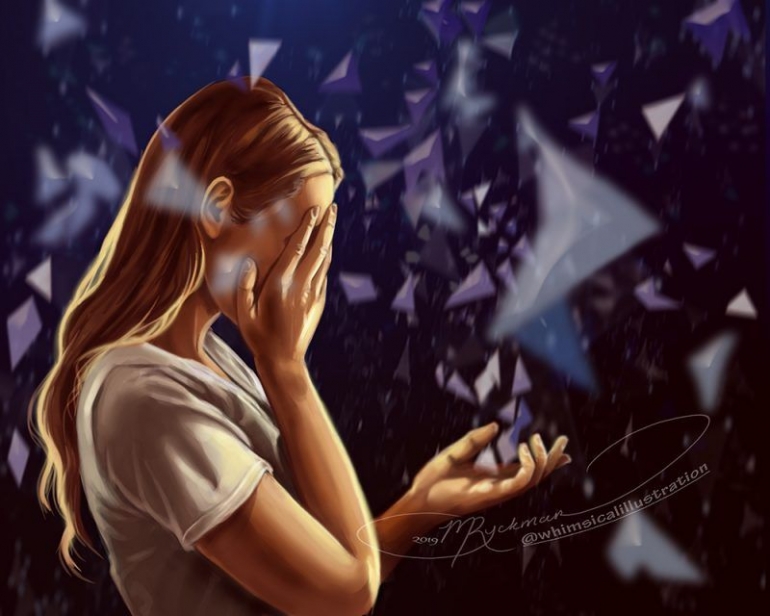 Tourette! Tourette! in array of the light
Created and posted without silhouette!
Blinking, mumbling, and annoying beset
Out of tune like a broken cassette!

It is an understanding and a little respect
Needed by a tourette in searching a self
Inherited neurological disorder with onset
Since the childhood up to the sunset!

Alas - just like many anomalies in our world
Only a little known about it, only a little about it
Motor tics, phonic tics, like a flag unfurled
Straightforward with a command to self attenuate.

Coprolalia, echolalia, palilalia are not the extravaganza
They are also not a kind of influenza on credenza!
The spontaneous utterance, repeating the words of other,
Mumbling one's owns words are the things always bother.

But among the moonlight, torchlight and sunlight
You are the bless from the creator of the night!
The tourette you are but thee are also a knight
Fighting day and nite braving like a dunite!

Be a tourette like SJ who composed the first dic
Becoming a poet and a critic in the shadow of prolific
Rise up your head even respect is not given based on relic
You are enigmatic but also terrific with the touch of magic.

Tourette! Tourette! in array of the light
Created and posted without silhouette!
Blinking, mumbling, and annoying beset
Out of tune like a broken cassette!

Note: Together with 'The Tyger by William Blake' and 'The Benzine by Paul Board' this poem was composed.