What Do You Really Know About Climate Change? 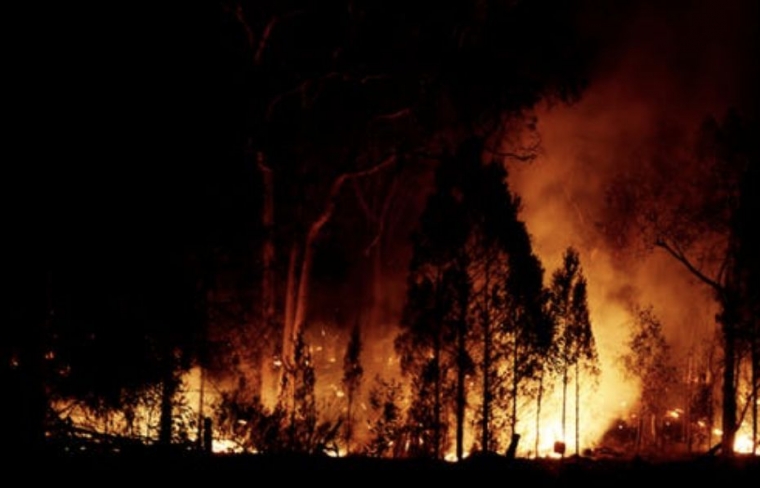 The Earth's Climate has always changed and evolved. Some people may think that Climate Change is not a big problem to them. People are still unaware of the real impacts of climate change. The concentration of climate change has been rising, and so is the global temperatures along with it, since the industrial revolution as a result from human activities, such as burning of fossil fuels and changes in land use (that's why there's a rule on land use). As a consequence, we need to take action to reduce GreenHouse Gas (GHG) emissions, and to adapt to the impacts from climate change, because the concentration of GreenHouse Gas in the earth's atmosphere is directly linked to the average global temperature in this earth.

Climate change has threatened people's lives  in this world. This has urged many countries to take action. The problem that we think of what is important in this chapter is the impact of Climate Change in economy and political fields. Climate change is becoming one of environmental concerns and the greatest global challenges in society. This issue has become the most dominated issue in the International Agenda because this problem can change the entire economic and political development all around the world.

The relation between climate change and world's economic politics making a chain that will not be broken and become a new problem in the next era. Climate change can also refer to the clause and effect relationship between global warming and climate change. That is, can refer to a change in the average conditions of the atmosphere that is bought on by climate change. The main factors of climate change are the development of political and industrial economy.

What are the impacts on our world?
1. Global Temperature Rise, our planet's average temperature has risen about 0.9 degrees Celsius since the late 19th century.
2. Warming Oceans, because the ocean has absorbed the increased heat.
3. Sea level rise, Jakarta is the fastest-shrinking city in the world
"If we look at our models, by 2050 about 95% of North Jakarta will be submerged." says  Heri Andreas, who has studied Jakarta's land subsidence for the past 20 years at the Bandung Institute of Technology.
Shrinking Ice Sheets and decreased snow cover,
4. Ocean acidification, is the decrease in the pH of the earth's ocean.
5. Extreme events, such as thunderstorms, downbursts, tornadoes, blizzards (snowstorms), ice storms, and dust storms.

WHAT HAVE WE DONE?
Climate change is caused by humans, humans are also the one who can combat and fight it. If we replace fossil fuels with renewable energy sources (such as solar, and wind) which don't produce GHG emissions, we might still be able to prevent the worst effect of climate change.
The United Nations Framework Convention of Climate Change (UNFCCC) was made because of the awareness of the developed countries, since the developed countries are more aware of their environment rather than developing countries. The first country that concerned about climate change issues was the US in 1985, when they found out that there's a hole in the Ozone Layer in Antarctica and they started to realize that climate change is happening and it's caused by human activities. Even though the climate change effect was only felt by the Americans, this issue became hot news in some countries.

Climate Neutral Now is an initiative action launched by the UN Climate Change conference  in 2015 to encourage everyone in the society to take action to help achieve a climate neutral world by mid century, as what is said in the Paris Agreement.
According to the Climate Action in UNFCCC, Climate Neutral Now is an action that invites not just an organizations and governments but also citizens to work together for the global climate neutrality by addressing their own climate report footprint through these 3-step method:
Measure their greenhouse gas emissions, this is called as the carbon footprint
Reduce them as much as possible through their own actions
Compensate those which cannot be currently avoided by using UN certified emission reductions (CERs), a type of carbon credit.

Indonesia itself has committed to reduce its GHG emissions by 26 per cent by the year 2020. Indonesia added that this reduction would be achieved through:
1. Sustainable peatland management
2. A reduction in the rate of deforestation and land degradation
3. The development of carbon sequestration projects in forestry and agriculture
4. The promotion of energy efficiency
5. The development of alternative and renewable energy sources
6. A reduction in solid and liquid waste
7. Shifting to low-emission modes of transport.
Indonesia also communicated that its national action plan, aimed at achieving the aforementioned emissions reduction, would be equipped with a measurable, reportable and verifiable system in order to ensure that each action receives the necessary level of funding.