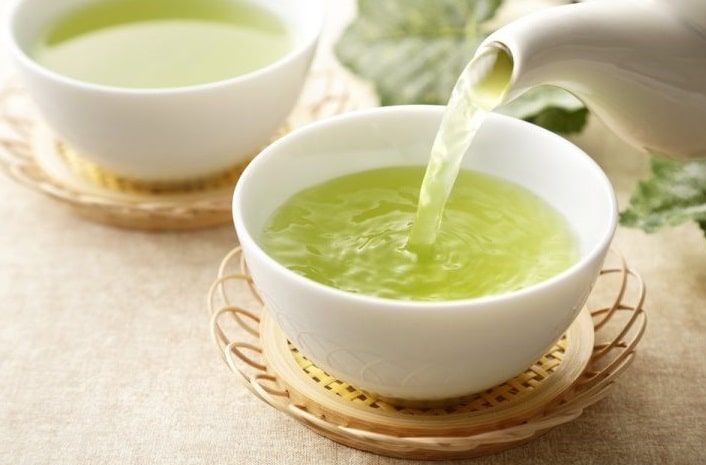 Diabetic patients are destined to keep a certain distance from sugar for the rest of their lives. However, recent scientific research from the United States shows that even sugar-free carbonated beverages have twice the risk of triggering diabetes than regular carbonated beverages, except for water.

In addition, what other drinks can diabetes patients drink? Nutritionists specifically propose 5 types of drinks in addition to boiled water for diabetics that are sure to stabilize blood sugar and even lower blood sugar so that it is suitable to be taken daily by sugar lovers.

The effect of green tea for the health of the human body is well known, but it is worth mentioning that green tea also has a special function to control diabetes.

The reason green tea can control diabetes is that the catechins contained in green tea can lower the concentration of triglycerides that can help lower blood Sugar, while polyphenol tea in tea can inhibit the increase in blood sugar.

Drinking green tea is the best and easiest way to prevent diabetes. It is recommended for diabetics to drink mild and moderate tea. A cup of steam should contain 3 grams of tea.

The total amount of tea used in a day should not exceed 12 grams. Avoid buying sugary drinks such as green tea and black tea on the market, as a bottle of 500 One milliliter of tea drink contains about 40 grams of sugar and about 180 calories.

Milk is one type of drink that is very suitable for diabetics because it contains a lot of water, rich in proteins, vitamins, and trace elements, as well as the appropriate amount of fat, can provide a variety of nutrients for diabetics, but the glycemic index is low and precise.

The effect of blood lipids is insignificant. In addition, it is worth mentioning that calcium loss in middle-aged and elderly people is a serious thing, and the problem of calcium deficiency after diabetes is more significant.

Elderly diabetics suffer from osteoporosis and fractures are also quite common, so calcium supplementation is necessary for diabetic patients. Milk is rich in calcium salts.

Drinking two bottles of milk 200ml a day will greatly help add calcium. It is recommended that diabetics drink milk daily, the appropriate measure is about 300 to 500 ml a day, but do not drink artificial milk plus sugar, such as condensed soy milk.