The Nations Funeral of Her Majesty (R.I.P) Queen Elizabeth II 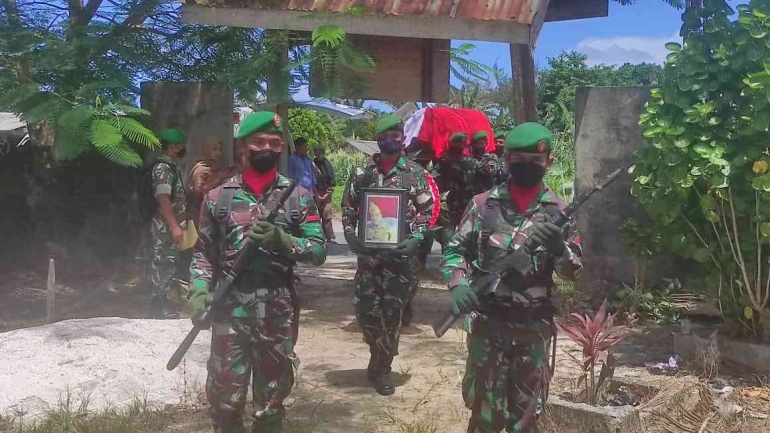 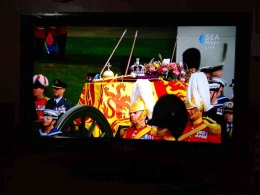 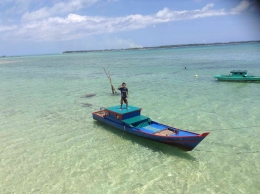 On Monday, September  19th, 2022, people  over the world broadly see The Nations Funeral of The honourable Her Majesty (RIP) Queen Elizabeth II from the TV stations / SEA Today. After  the ceremony,  we can put our own opinion that the human being can die, but the spirit of her is still life as long as the civilization still growing there. This is one of the national policy of the Great Britain, as it happens in Indonesia namely Apel Persada in english or it is called The Nation Funeral.  When we talk about Apel Persada, it reminds me when it occurred to The District of Commando  0318 of Natuna for The Honourable  (R.I.P.) Mr. Sulaiman bin Sekut as the Veteran Man at Thursday, September, 1st, 2022. The same spirit appears and Will be high national spirit for the next generation.

So what is the meaning  of The Nation Funeral?. If we could see the funeral of The Great Britain as the nations wisdom, but if we could see the Apel Persada in our local wisdom for the Unity in Diversity. If we learn english there are English British, English American, and English Australian. But i will take from the Oxford Learner's Pocket Dictionary (OLPD), Funeral are as noun ceremony of burying or creamating (burning) and  a dead person. Nation is a large community of people living a particular country under one goverment. So we can make conclude the funeral nation is the nation of ceremony burying for someone who has dedicated his life for the people living in a particular country under one government. 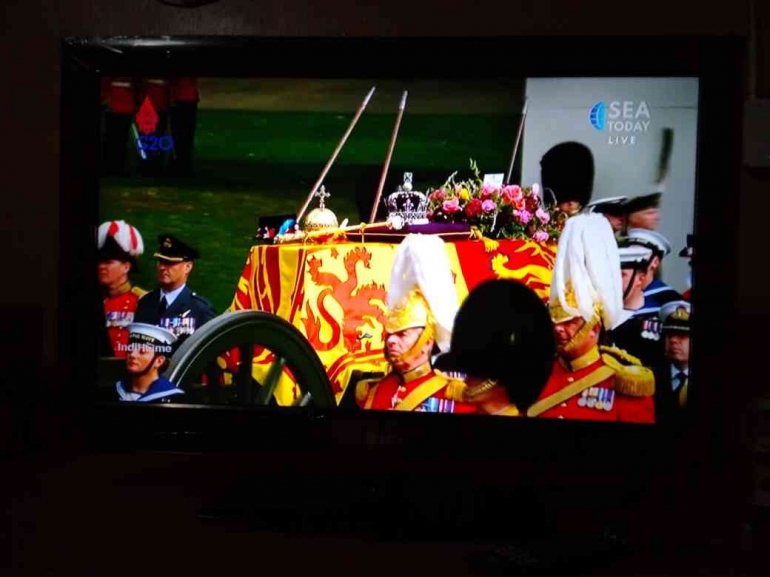 So why i called The Nations Funeral  for The Great Britain and for our beloved country I we called Apel Persada or The Nation Funeral. What is the clue? The clue are The Nations Funeral  for the Commenwealth Nation and The Nation Funeral for the local wisdom of our beloved country for The Unity in Diversity. The word "Commonwealth"  from OLPD means two meaning. They are the commonwealth : first, organization consisting of the United Kingdom and most of the countries that used to be a part of  the British Empire and the second, used in the names of some groups of countries or states that have chosen to be politically linked. So what is the meaning  "Unity in Diversity" or we called BHINEKA TUNGGAL IKA. The words "Unity in Diversity" from OLPD have the meaning like below :

From the above we can conclude the meaning BHINEKA TUNGGAL IKA  is although our beloved nation is range by the archipelago nation with the variety of popular and fashionable ethnic group, we is always the nation of being in agreement and working together by proclamed the independence by our beloved Founding Fathers (R.I.P.) Mr. Soekarno and (R.I.P) Mr. Hatta at Friday, August, 17th, 1945 in fasting month. I remember once upon a time The Honourable (R.I.P.) Mr. Soekrano shouted, "Give me the thousand parents, of course i will pull the Semeru Mountain from its the roots. Give me the ten Youth, surely i will shake the world". When the Temaseek Empire once upon a time The (R.I.P.) Sir Stamford Raffles shouted for The Great Britain, "If you rule the wave, you rule the world".  So we can conclude the siprit of our founding fathers through the local wisdom for the Unity in Diversity and the golden age 2045 for the Great Nation. And also the aim of The (R.I.P.) Sir Stamford Raffles for The Great Britain. By the way, we can make the lesson learn all of them. Nothing imposible the world has changed. But we manage it through the out of the box concept, who ever we are. But as the Indonesian People, we don't forget the local wisdom as The Unity in Diversity. Because the lesson learn of our independence not the present from invanders but because of the out of the box our founding fathers and the great parents all of the Indonesian people at that time through "The Sharpened Bamboo and GuerrillaWar".

Last but not least, Peace always the number all over nations in the world. God bless us, let's keep the spirit of the Great Parents be the fact of our habbit and once day be the culture as The G20 Presidency and the next year The Chairman of ASEAN. At the Chairman of ASEAN, our hopeness The Code of Conduct for ASEAN will be the fact of the parents dream. Amid the geopolitical tension, The code of conduct ASEAN just not the positive law, it also harmonize the out of the box and local wisdom as the whole nation.

The Nine-Dash Line Claim, Dispute Islands, ASEAN-China relationship, The Simpadan-Ligitan Island, Illegal Fishing, Illegal research and the two fishermen of Natuna Island who had caught by Agensi Penguatkuasaan Maritim Malaysia (APMM) Zona Maritim Tanjung Manis at the first week this month in the 310 location about 10-15 miles the Malaysian Ocean are the lessons learn to remind us we are the nation not the state. We works all out and pray to Th God as the nation with the spirit of the great parents. I remind the lyric song "We are world, we are the children".  Once day the world will be change for the nations prosperity all over the world with the peaceful one. 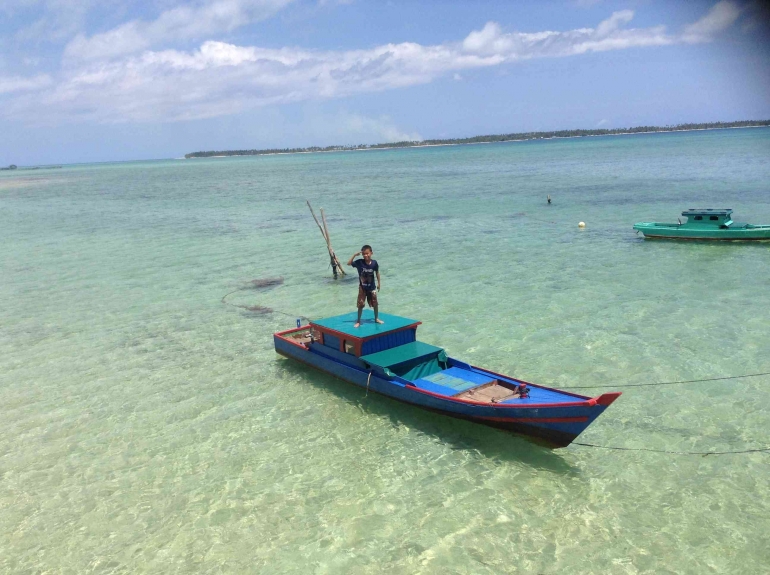 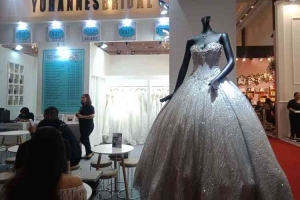