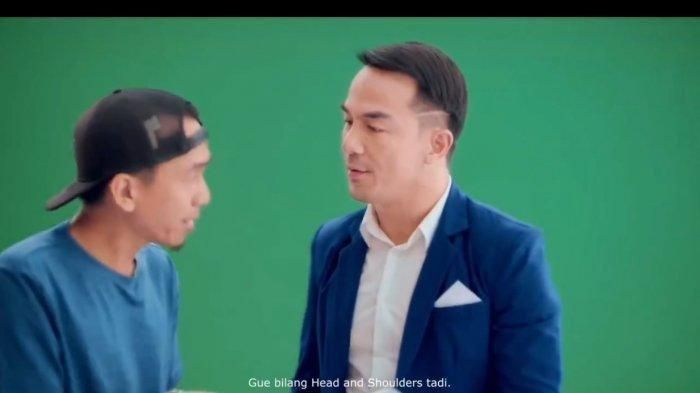 I feel so impresed when i see the TVC from one of famous shampoo product in Indonesia, that is Head&shoulders. I found this advertising in youtube and rarely see it on Television.

On that TVC there are Joe Taslim as an actor. The setting is like when production house make an advertising as ussual. But, in that part Joe as actor has in trouble to say "head and shoulders", so the director always in frame and fix it.

This act done repeatedly and because of that this TVC become an natural error. Beacuse of Joe say the wrong " Head and Shoulders" word repeatedly, they expect the audience can be influenced. I think it's the strategy of that TVC. They want the word "Head and Shoulders" there inside audience's mind.

There is one powerfull quite at the book of English on advertising chapter, and i think its relate with my opinion. The quote say that the cool advertising is what can make people look twice becuase its touching.

Its very powerful because its like a key in advertising. What we want to share with people, and what we offer to people should have a big power to touch their soul. In my example, the TVC of Head&shoulders represent that mean. They want touch every audience soul with unique strategy, by repeated the mistakes.