How to Play Like a Pro in League of Legends 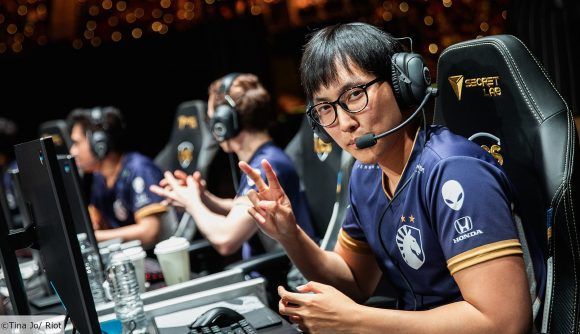 Nowadays, game online is the most popular things around the world. The game itself has various genres shooting, RPG, MOBA, Racing, Card, and many others. PUBG, League of Legends, Fortnite, Overwatch, and Counter Strike: Global Offensive are the most popular and the most played game online with over 200 million people play it. Although those games are popular, only League of Legends won the Best Esports Game and Event of The Year 2019.

League of Legends is a MOBA (Multiplayer Online Battle Arena) game that is played by 5v5 players.  Mechanically, the game requires high individual skills, good communication between players, and in-game ability. Most of the players train their skills in different ways. Therefore, they try to find as many methods as possible. This is how to play League of Legends like a pro.

First, watch how pro players play on the internet significantly. By did it, you will able to learn about the positioning, mapping, scaling, warding, and laning. It also increases your skills without you realize it because when you're watching them you will know their gestures movement. It unconsciously affects on your in-game play. Additionally, there are some advantages that you earn from watching them like knowing how to handle your emotion, refreshing from your bad plays, and getting great play.

Second, find your main role and character. There are 5 roles in League of Legends, Top, Jungle, Mid, ADC, and Support. Every role has different job. For the Top, they will be farming and pushing. Jungle will be ganking. Mid will be roaming. AD Carry will be damaging. Support will be supporting. For the character, I suggest you to pick only your favorite character after deciding your main role.

After you are ready, train your skills on normal mode. Normal mode in League of Legends is competitive game mode that pits player against each other. Unlike ranked mode that requires players to reach level 30 and 20 characters, normal mode is available for every player. Toxic, calm, skillful, and smart players are considerable. Thus, you can learn many from them. On normal mode, you are able to apply those ways and feel free to try different ways to get your best.

After applying those ways, I hope you will get closer to pro player's play. However, it needs patient and a lot of time. If you are willing to do the steps, you will be as great as a pro player.