What Do You See in This Ads? 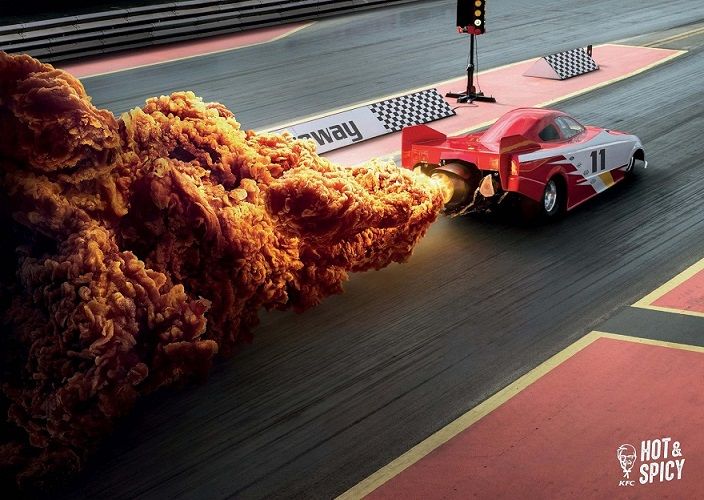 What did you see first? Fire blowing or fried chicken? If you see it's fried chicken, than you're right. Funny and creative isn't it one of the KFC (Kentucky Fried Chicken) advertisements released in April 2018 ?, so that it can create an illusion for the public's eyes.

The KFC ad above, can be said to be a very creative advertisement. The fried chicken seems to be blowing fire from a racing car. Fire is said to be hot, and so is the fried chicken. At that time, KFC wanted to introduce their new menu, the hot and spicy variant. The advertising concept fits the new KFC variant right? As if the hot taste of KFC fried chicken is as hot as fire.

"Creative is the key to successful advertising, because it helps commercials last longer and companies spend less on them"

What do you think? Do you agree? 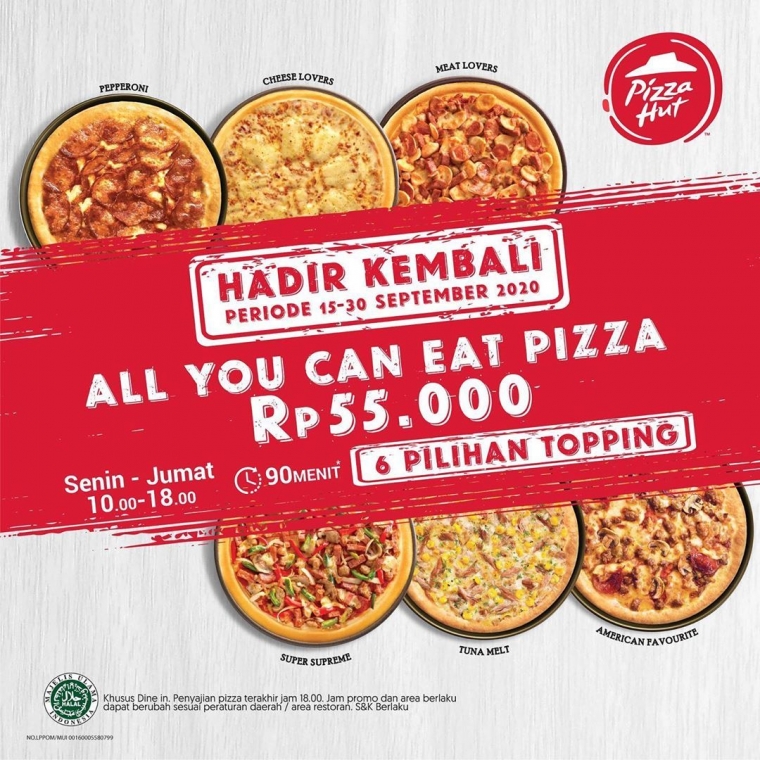 Katalogpromosi.com
So, what's your first impression after seeing the ad above? My thought is "crazy". How can a fast food provide a very cheap price to its consumers, especially if it's all u can eat?

On September 15 to 20, 2020, Pizza Hut, on of the a fast food restaurant in Indonesia, provides a big discount by holding an all u can eat for 55,000IDR per person and applies to dine in only.

In fact, Pizza Hut provides "crazy" prices due to the lack of consumers during the COVID-19 pandemic. In order for Pizza Hut to get more income, they held a massive promotion to get public attention. Even I was also "hypnotized" about this promotional ad. I came to Pizza Hut and sure enough, we eat as much as we can with 6 topping variants with a maximum meal time limit of 90 minutes. Everything really matches the one in the ad!

However, it looks like Pizza Hut is really getting the public's attention for this promotion. When I eat at the place, you can say it's quite crowded. When I was about to pay, I asked one of the employees in his cashier, "if there is a promotion like this, is there any benefit?" then he replied "actually very unprofitable, we just want to spend the raw materials in the kitchen, rather than wasted because it is not used."

Sometimes, to get public or consumer attention for a product is not the only goal of a brand in promoting, but to spend old stock items so that there are other more interesting product updates. A brand must figure out how old, unsold items can be sold out. That way they held a massive promotion, especially during Independence day, Christmas day, Eid Mubarak and other holidays.

What's your thoughts? Write it in the comments below!