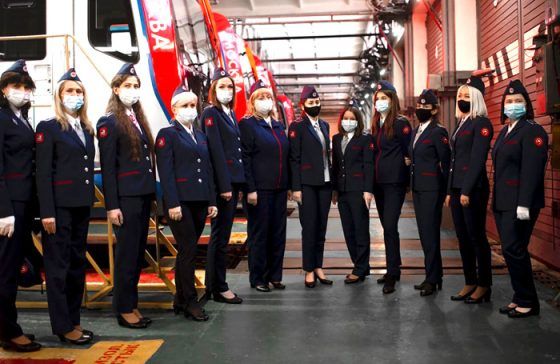 You can be whatever you want". A sentence from one of the dolls on display on the Moscow Metro, Moscow. The first engineer for Train, the first electricity in the country. They now don't have to worry about extra heavy power. Many appreciations were pinned on the drivers after the tweet circulated on social media.

The development of machinist workers has only been dominated by men. It is very risky if carried by a woman. However, there are also those who doubt it because other work can actually be done by women.

In the latest regulations in russia. It states that equality and fairness in work positions. Passed an edict that slashed the field from 456 to 100.

He said that the next city will be renovated to other stations in Russia. Russia railways also took part in changing regulations targeting a national scale, including using skills or what we know as Srikandi

Perempuan dan Sepak Bola: We Deserve What We Deserve!