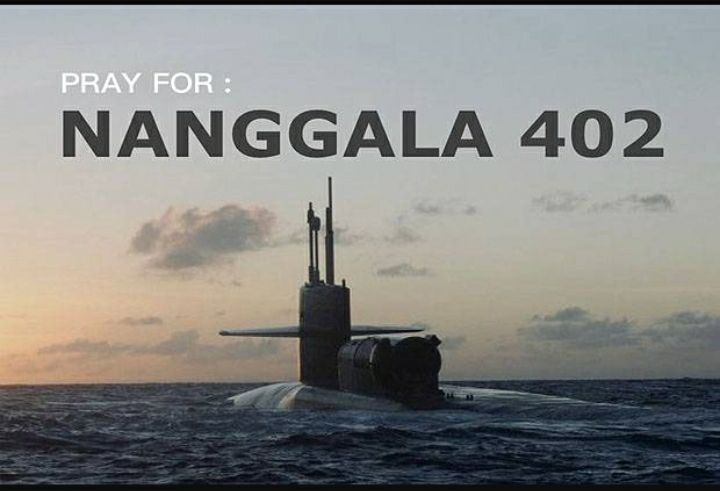 Currently, Indonesia is in grief again. Various disasters seem to constantly shake our country. After in early January the Sriwijaya plane crashed in the kepulauan Seribu, floods in several areas, earthquakes in Malang and its surroundings, and now the submarine belonging to the Indonesian Navy, KRI Nanggala 402, sank.  KRI Nanggala 402 was initially reported to have lost contact on April 21, 2021. The last time KRI Nanggala was able to communicate at 04.30 WIB. After that the KRI Nanggala could not be contacted again and was declared drowned. Many people believe that the cause of this sinking was due to the many defects in the submarine's old engine. Therefore, there are three main reasons why Indonesia needs to modernize and improve the Main Tool of the Defense System (Alat Utama Sistem Pertahanan or Alutsista).

The first reason is that a country that has wide water areas like Indonesia really needs a modern and strong defense system. As reported by Kompas.com, according to military observer from the University of Indonesia Connie Rahakundini Bakrie, a defense budget revolution needs to be carried out using either a capability or threat basis - unlike now which uses a budget basis. The KRI Nanggala accident was a "hard blow" for a defense budget revolution to be carried out immediately. If it is not done and is still using the budget basis, it will be difficult to avoid future calamities. Connie gave an example, Indonesia should have at least 12 submarines, but in fact there are only 5 units and one has sunk. Meanwhile, Indonesia also has 282 warships consisting of 7 frigates, 24 types of corvettes, 5 submarines, 156 patrol boats and 10 minesweepers.

Another reason is that the Alutsista owned by Indonesia tends to be old and even used from other countries which are always being updated, so that the defense equipment often experiences technical problems. Purchasing used Alutsista is also a problem because it has bigger potential problems, it will not only burden the budget for maintenance, but will also risk accidents that threaten the safety and security of soldiers. Alutsista conditions that are below readiness standards will increase the risk of accidents. Tragically, the late Marine Lieutenant Colonel (P) Heri Oktavian, who was also a victim in the KRI Nanggala-402 accident, had expressed concern about the safety of used Alutsista when interviewed by Kompas.

Reporting from Vice.com, According to Heri, the Navy needs qualified equipment, but what has happened so far is the opposite, with the policy taken more inclined towards rejuvenating old weapons of war.  Heri, at that time, reminded policy makers to think about the safety of TNI soldiers. Heri also died in his duty with 52 colleagues at KRI Nanggala-402. His warning before his death was a momentum for the government to be more serious in thinking about the safety of soldiers while on duty. Especially if it is proven that the root of the problem is due to technical matters and old equipment, which can be avoided.

And the last reason is that apart from modernizing Alutsista, Indonesia must also have a submarine support and rescue vessel. Currently, Indonesia does not  have equipment for emergency situations, such as a submarine rescue ship. Reflecting on the search for KRI Nanggala-402, the existence of a rescue ship is very necessary. Reporting from IDNTIMES.Com, marine expert from the Sepuluh November Institute of Technology, Wisnu Wardhana, said that to evacuate the crew of the KRI Nanggala-402 ship, a small emergency submarine was needed. The deployed emergency submarine must have the capability of diving to a depth of more than 850 meters.

But the problem is, Indonesia does not have emergency submarine technology.  According to him, it is unusual to operate a submarine, but it does not have an emergency submarine to deal with accidents under the sea.  Therefore, Indonesia depends on assistance from neighboring countries in the evacuation process.  In addition, the encouragement for the procurement of submarine rescue ships also came from former TNI-AL senior Rear Admiral Soleman Ponto. He firmly stated that the submarine rescue ship was needed by the TNI-AL. He stressed that every submarine fleet must be strengthened with rescue ships.

The sinking of the submarine KRI Nanggala 402 is a tragic event and deeply concerns all of us. We should be sad and mourned for this incident. The TNI soldiers died in the middle of the ongoing training process. In the midst of this concern and grief, of course this incident needs to be seen and assessed in a bigger picture regarding the problem of modernizing defense equipment that is happening in Indonesia. Alutsista accident in Indonesia is not the first time has happened. There have been several accidents. This is a warning to the government to focus more on Indonesia's Alutsista so that no more of our soldiers become victims.  The procurement of defense equipment as part of efforts to modernize and strengthen Indonesia's defense is indeed very important and necessary.