SWF Investment with JCI as Economic Growth Engine in Indonesia 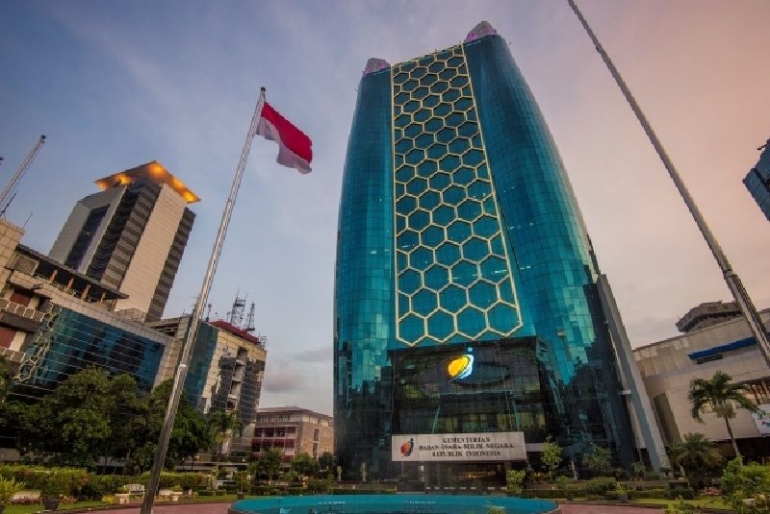 Investment, is a sentence often heard by economists and financial advisors to the public or financial service customers.  But what does the investment actually mean?  Investment is the activity of spending / allocating assets with the aim of obtaining added value (profit) carried out by individuals / groups / governments.

According to Macroeconomics, investment is an important element that contributes to a country's economic growth.  Because through investment, it will cause a multiplier effect.  For example, if we invest through stock instruments, the money invested will be turned into business capital for the issuer who receives funds from investors, if the issuer's business is running, it will employ employees to carry out the issuer's operations and pay for employee rights.  And if they get a profit, the issuer will also share the profits with their investors.  This makes the country's national income increase in aggregate.  Because with an investment, it provides increased income for many people.

Sovereign Wealth Fund (SWFs) has been a breakthrough for many countries in more than 60 years. The popularity of SWFs has been rising in the past two decades and attracted more states to enroll their own fund. SWFs are seen as a driver to achieve fiscal impact stabilization to ensure the protection of the economy to foster domestic investment and make sure that there are savings for the nation in the future. The challenges in the future in the presence of SWFs in the international funding will remain, the level of openness and transparency can be both challenges and opportunity at the same time.

Historically, SWFs originated from Kuwait in 1953 it was first recognized by the state owned SWF (Kuwait Investment Authority) and was built by the government of Kuwait. It has purposes to invest in surplus oil revenues and help to reduce the country’s reliance on nonrenewable resources. In the southern east asia nation it was first introduced in 1974 by Singapore namely Temasek Holdings. Not long from Singapore in 1976, Abu Dhabi’s Investment Authority joined the trend, and nowadays became the second largest sovereign wealth fund in the world in terms of assets under management.

Over the past two decades, sovereign wealth funds have experienced a keen increase in both the total numbers of funds and the total number of assets under management. In April 2017, there were 79 sovereign wealth funds managing assets estimated at US$ 7.31 trillion (Sovereign Wealth Funds Institute Rankings. 2017). Most of the countries founded for the sovereign wealth funds have the ultimate reliance on natural resources, such as oil, gas, copper, gold, diamonds, coal, and etc. However, many others capital investment not related to the commodities but according to (Butt S., Shivdasani A., Stendevad C., and Wyman A., 2008) many countries are likely to transfer assets directly from official foreign exchange reserves and in some cases, government budget surpluses and pension surpluses.

In Indonesia, the Sovereign Wealth Fund (SWF) officially created by the government regulation no. 74/2020 under the popular name “INA”. This government institution in development will have the initial investment with the value of US$ 5 billion. Coordinating Minister of Economic Affairs, Airlangga Hartarto, said Indonesia SWFs will take control to manage investment funds whether it is from foreign investment or domestic investment. This institution will have a special role to carry out alternative fund resources. Special Staff III of Minister of State-Owned Enterprises, Arya Sinulingga, said that SWFs would bring positive sentiment to the infrastructure, ultimately in terms of effort to reduce funding problems. Because, the Indonesian government will have the alternative to not inject a lot of funds through the State Equity Participation Scheme (PMN) as is currently being done to PT. Hutama Karya in the context of assigning the Trans Sumatran project development.   If this happens probably SWFs not merely reform the investment climate but also emerge to help relieve the state budget in 2021 and allocate more in more urgent expenditure for instance, health and giving extra stimulus for social benefits.

With regard to the JCI, the existence of the SWF (Sovereign Wealth Fund) is a positive boost, especially for infrastructure / works issuers.  Because the investment allocation by the SWF (Sovereign Wealth Fund) when it was first formed would be mostly allocated to the infrastructure sector, given the focus of government development which is also on this sector.  This can be reflected in the level of investor confidence in the issuer Waskita Karya Beton Precast (WSBP).  This is because the issuer's shares continue to experience an upward trend in price of up to Rp 290 / share as of December 28, 2020. Waskita Karya (WSKT) and Wijaya Karya (WIKA) believe that SWFs funding schemes can help Contractors Pre Financing (CPF) can receive investment. For common knowledge, Waskita karya will commit to initiate divestation in 11 toll roads into SWFs investment.