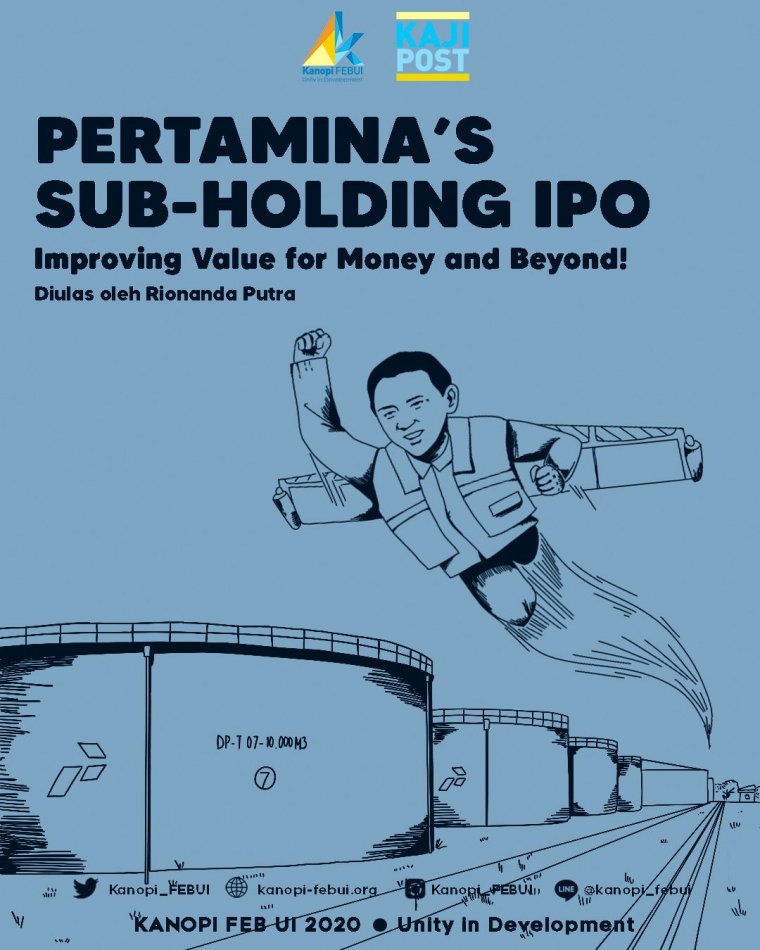 Some days ago, the public was shocked by Pertamina's plan to go on with the initial public offering (IPO) of its sub-holding. The scale was seismic. Pertamina is one of the largest state-owned enterprises in Indonesia. Furthermore, 100% of its shares are in the hands of the Indonesian government. So, this plan reflects a strong wind of change.

However, not all groups are sympathetic to the change. One of the members of Parliament in the Energy Commission, Mufti Anam, rejects this plan. "Majority of employees and ordinary people do not want to see our energy wealth privatized," he said (Binekasri in jawapos.com, 2020).

Then, Pertamina's labor union echoed this opinion through legal action. Federasi Serikat Pekerja Pertamina Bersatu (FSPPB) filed the lawsuit due to the decision made by the state enterprises minister, Erick Thohir. Not only one-sided, they see this decision as a danger for labor interest. More than that, it would kickstart a transfer of assets and finances away from the state (Kusuma in finance.detik.com, 2020).

In other words, they are afraid. Scared of the prospect that Pertamina would flog towards private investors. As Genesis's album title goes, "Selling Pertamina by the Rupiah." After all, the IPO of state-owned enterprises always rings selling state shares to the mind of Indonesians.

However, this fear is not shocking for many, including to the President Director of Pertamina, Nicke Widyawati. Responding to those voices, she proclaimed her defense. "Privatization is not on our list. We are not going to sell off the state's shares. So, an IPO would only happen in the sub-holding level," she stated. Then, she explained that an IPO is only among the many options for funding, such as global bonds, equity partnerships, etc. To initiate an IPO, the corporation needs to accomplish two steps (Thomas at tirto.id, 2020).

Those new businesses include developing raw medicine materials with Kimia Farma. Other than that, they are testing new bioenergy fuels. Pertamina would convert Indonesia's large deposit of gasified coal into Dimethyl Ether (DME). This DME is an alternative to commercial diesel (tribunnews.com, 2020).

The second one is the profitization. The goal is to increase company value after restructuring. Thus, when the company is profitable enough, it would go into an IPO (Thomas at Tirto.id, 2020). Talking about profit, Pertamina had reaped Rp 35,8 trillion worth in net profits (Afriyadi in finance.detik.com, 2020). So, they're ready for an IPO.

But this IPO is more than about profit or money. It is about creating a sense of direct ownership. "With these sub-holdings, we hoped that all of society could participate in owning Pertamina," said Basuki Tjahaja Purnama (BTP), the President Commissioner of Pertamina. His statement sent shivers down my spine.

Shivers of amazement, to be exact. One could imagine Margaret Thatcher, the godmother of popular capitalism uttering a similar statement. From this statement, he's calling for ordinary members of society to own shares of Pertamina. In effect, this ownership would spur a change in corporate culture.