"Innovation in Local Governance and Development" 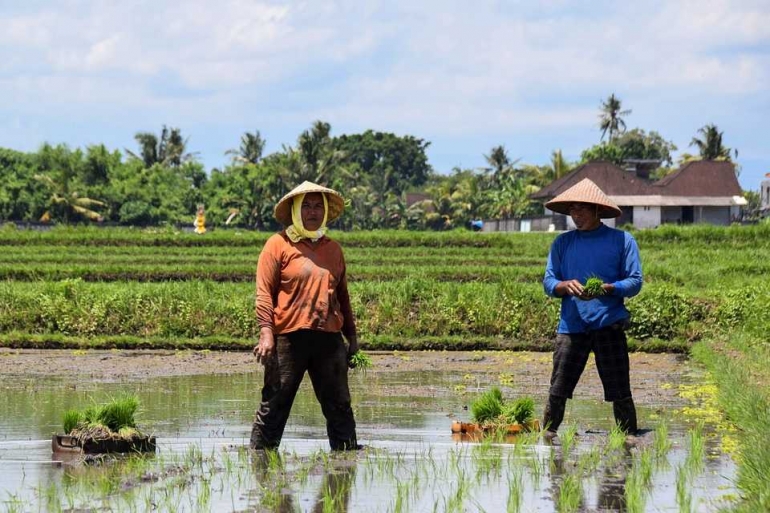 For the case of North Lombok, West Nusa Tenggara, H. Najmul Akhyar, its regent presented about what their innovation programs are. Some innovations that can be considered as a method to develop North Lombok are community empowerment about HHBK honey and candlenut development, the tourism village development, STBM (Sanitasi Total Berbasis Masyarakat) Fokus Jambanisasi, etc.

Another case that is being discussed is the case study of Pesawaran. H. Dendi Ramadhona as Regent of Pesawaran, Lampung. A development priority program in Lampung is called GADIS (Gerakan Desa Ikut Sejahtera/Prosperous Village Movement) consists of giving fund, monitoring and evaluating to villages. Another program is the Collaboration to strenghten the village economy by giving some capitals to BUMDes (Badan Usaha Milik Desa) which believes that it can help the local development.

Syamsuddin A Hamid, Regent of Pangkajene and Islands presented the South Sulawesi's innovation programs. The first program is called Perahu Sehat Pulau Bahagia, a boat that consists of medical teams that can serve medical treatments. The second program is Kelas Perahu.

This program aims to give solutions for the children to get the education and reduce the number of children who stop going to school because they need to help their parents to go fishing. The third program that the local government presented is Gertak (Gerakan Tuntas Administrasi Kependudukan) help the villagers in administrative matters.

In Bontang, East Kalimantan there are also some innovation programs from the local government. Neni Moerniaeni as its Mayor conveyed some programs such as Papi Jempol that provide shuttle services for the villagers, Sapa Ratu (Community service administration system without waiting), Interconnected (Free internet for the islands and coastal fishing communities), Pro Dikau and Detektif Cekatan (programs for children's education).

Afrizal Gindow, Sales and Marketing Director, PT East West Seed Indonesia, a private sector in horticulture seed. PT EWINDO gives support to the farmers in order to enhance farmer's productivity and wealth. The attempt is also supported by the presence of Sipindo apps, a mobile application that has features that will help the farmers.

Santi Kusumaningrum, the Co-Director of Center on Child Protection and Wellbeing (PUSKAPA), University of Indonesia found out that there is a problem in the civil registration and vital statistics (CRVS) in Indonesia, as one problem that could also affect the development of a region.

So, to strengthen the CRVS level in Indonesia, an innovation called Gol-DFAT-KOMPAK Program is established.  Dwi Amalia Sari, James Cook University explained about a new mechanism for enhancing the performance of local governance with Forest Landscape auditing that is controlled and coordinated by the government.

Indonesia will develop effectively if there is no more disparities gap between regions. That is why the local government need to help the central government in achieving the goal. The disparities gap in Indonesia can be seen from the infrastructure, economy, services sectors such as healthcare, education etc and these are the needs of the citizen that needs to be fulfilled by the government.

Each region has its own problems and characteristics, that is what the local government has to do, which is to understand what the region needs, and explore what kind of programs, policies and innovations that are suitable to be applied to the region.  But still, the support and help from private and business sectors and organizations are needed to help the government.

The synergy between all of the actors will help the development in Indonesia. Another actor that is also very important is the citizen itself. It also has been mentioned that we also need to change the mindset and the mental of the people to have a developed and modern mindset. So that the development programs that are proposed and made by some sectors can be applied and distributed well to the regions and to the citizen.