Learning Foreign Language: What is Wrong with Our Teaching System? 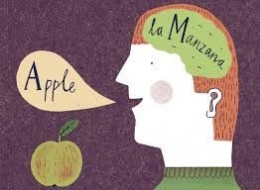 English is the most used language in theworld due to its long history and has become one of the main subject that isbeing taught since the elementary school in our country. Even though thegovernment has implemented English as the main subject at school for quite along time, there’re not a lot of people who become fluent in English just bythe lessons provided by schools.  Even thoughthe students have studied English for at least nine to eleven years, the numberof high school students who were unable to holds a simple conversation fully inEnglish is quite concerning.

When it comes to English skill, some may say that it’s enough if they are able to read English writings and understand spoken English, but what is the point of understanding English words if we can’t talk, converse, and communicate in English? In this ever developing world, English skill has become a must thing to master if you want to work in a professional fields. Nowadays, most companies and corporations only hire those people with an excellent English skill or certified in other foreign language. If the students in our country can’t keep up with this standard, we won’t be able to keep up with other countries and we will fall behind even more.

Now, why does this phenomenon occur? This phenomenonoccurs because the lessons given by schools—the phrase, terms, andvocabularies—are only a small bits of introduction to English. Most of thevocabularies or words taught by schools won’t be used in every day conversationor situation in daily basis. The questions, tests, and quizzes in the Englishtextbooks most often than not is too easy, so students are able to have a highscore without struggling too much. This easy way of having good score can makethem think that the English lessons they received at school are enough todevelop their English skill and they don’t try to develop it further by having aspecialized English course or tutor.

Besides the too easy standard of our school’sEnglish course, there’re also a few other reason of why we can’t master Englisheven after spending years or leaning it at school. First of all, the teachingsystem is not very intensive. Even though English has become a main subject,it’s still only scheduled for once or twice meetings every week. This is littlelearning time is obviously not enough for student to learn a foreign language.They will have an English lesson, and once it over, they have to wait forsevens more days until they’ll study English again. If we have to wait thatlong just for a single session of lesson, before we can even master it, we willforget all the material that we learnt from last week.

The second reason is that foreign languageteaching at school is not design to be individualised. Every students havetheir own strengths and weaknesses when it comes to studying, therefore theymust all have different needs and problems. How could a single teacher in frontof class able to help and fulfil all their different needs? If somebody in theclass needs extra explanations that you would not have needed, you areessentially wasting time.

Other reason is that our teaching systemdoesn’t focus on speaking and real life practice. We can master foreignlanguage easier and faster if we are in the environment where we are forced touse and talk in that language. Instead, at school, we’re more focused tomaterials in the textbook, how a certain tenses were uses, and what is theperfect grammar. All of these won’t actually be useful once you’ve dive into anEnglish speaking environment.

So, instead of only relying on school systemto learn foreign language, I’d suggest for those who are interested to studyother language to learn by themselves. We can start by watching film withsubtitles, engage in foreign language conversation, listen to how the native talkand pronounce certain words. The most effective way of learning a new languageis to insert ourselves in a situation where we don’t have any choice but to usethat language. If we could surround ourselves with the language, we will masterit a lot sooner and faster than reading a mere textbook. Besides, if we alreadymaster a new language, it will be easier for us if we wanted to learn anothernew languages. The past experience of learning language can help you to learndifferent language easier because the learning process of mastering differentlanguage kind of open up your brain for future language development, especiallyif those languages have the same pattern and similar sounds, like how Spanishand French are both derived from Latin, so it will be easier to study Spanishafter you’ve learn French.

To further boost our motivation to learnanother language independently, we can search for the benefits that come withbeing a bilingual. There’re a lot of benefits that come with being able to usemore than one language—or in other terms, being bilingual or multilingual. Besideshaving some foreign language qualifications can increase our employment qualityand serves as an extra points in our CV, being bilingual also help to shapebrain function and structure better than monolinguals. Our brain developfurther because bilingualism promotes the integrity of white matter in thefrontal lobes and increasing the number of grey matter in the temporal lobes.White matter is part of the brain that’s connected to the nerves and greymatter refers to how many cell bodies and dendrites there are. This condition showthat our brains are healthier and it strengthens or maintains the connectionsbetween nerves so that communication can happen optimally.

As frontal lobe is responsible for highercognitive function and executive function, bilingual people are also good at controlling,directing, and managing their attention, as well as their ability to plan sothey can ignore irrelevant information and focus on what’s important. The brainareas responsible for that are also used when you’re trying to complete a taskwhile there are distractions. The task could have nothing to do with language;it could be trying to listen to something in a noisy environment or doing somevisual task. The muscle memory developed from using two languages also canapply to different skill, such as multitasking, problem solving, and bettermotor skills. Lifelong bilingualism is also associated with the delayed diagnosisof dementia, a syndrome in which there is deterioration in memory, thinking,behaviour, and the ability to perform everyday activities.

So, yes, there will be some obstacles in learning foreign language and we may won’t improve our language skill at all if we only study from school. Being bilingual serves us a lot of benefits, so it will be nice if we can independently study by inserting ourselves in situation and surround ourselves in environment where the people speak the language we wanted to learn.

benefits of being bilingual

benefits of being bilingual

Admin Kompasiana, What's Wrong with You? 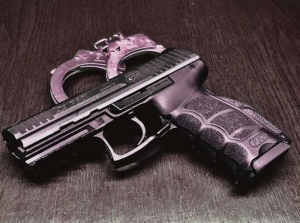 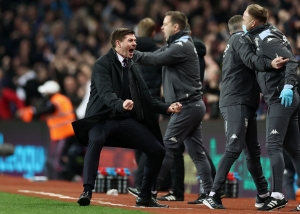