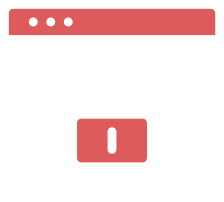 Taruna
7.276 Poin
I was born in Jambi (Sumatera Island) on September, 22, 1955. I am Biographer, Journalist and Historian. Now, I am is Executive Director of Research 11 March Order (Supersemar) History and Executive Director of Election Research in Indonesia. I had my early education in my home town. Graduated from elementary school (SD 9/IV), in Jambi, 1968. Graduated from Junior High School (SMP I), 1971, in Jambi. After that I continoud my Senior High School in Blora (the middle Java), graduated (SMA Negeri), 1974. In March 30, 1979, graduated from Cenderawasih University (Bachelor degree in law studies) in Papua (the east Indonesia). I then moved to the Andalas University (International Law Studies) but not finished (1980-1983). I then went to Jakarta to become a journalist. Besides that, I continoud my study at Indonesia University (1986-1987/Philosopy studies) in Jakarta, but only for one years, not finished. In August, 22, 2003, graduated from Indonesia University (Faculty of Law) and then master degree of History, January, 16, 2007 in University of Indonesia, Jakarta. As a journalist, in December 1992, I went to Rusia, Jordania and Iraq. I has been known as a biographer. My early as biographer, published in 1992, title "70 Tahun Achmad Tirtosudiro" (Jakarta: Intermasa, 1992) and "Grain of Rice B.M.Diah" (Jakarta: Pustaka Merdeka, 1992). B.M.Diah or Burhanuddin Mohammad Diah is a national figure and witness of history. B.M.Diah is well known and respectable person of public life of the Republic of Indonesia. B.M.Diah is a father figure of the Indonesia Press and Media, a diplomat and ambassador. He established the nationally famous news group "
Bergabung 21 April 2009
Statistik
535
353,944
439
957
64
422
FOLLOWERS123
FOLLOWING20