Are you smart people ? 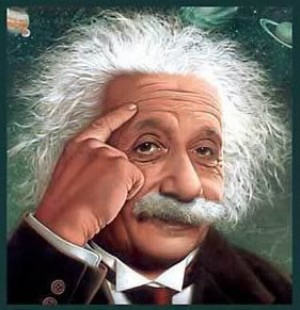 To be perfectly smart people who could be studied from two factors :

Physical disability, idiot / weak mental / have the potential for serious illness, etc, then when it was also the candidate in CUT / REFUSED to marry his son because it was feared would be born generations also problematic. Recent studies on intelligence at Harvard revealed that Fak Pschology intelligence / intelligence is divided into 8 types (on another occasion I will discuss).

2). External Factor, that is even though genetically the child is not smart but can be stimulated to be smart in a way :

Community Indonesia if viewed from a more severe food patterns to carbohydrates have been predicted by experts protein malnutrition suffered less serious consequences HOBBY NOT READ because if you read the book THE HEAD SO DIZZY, HOT & sleepy luggage. IMPROVE THE QUALITY OF PROTEINS TO BE MORE THEN THE BRAIN AND BE READY FOR USE INTELLIGENT.