To Rejuvenate or to Rot: Will The Tang Ping and Bai Lan Silent Revolution Destroy China's Future Economy? 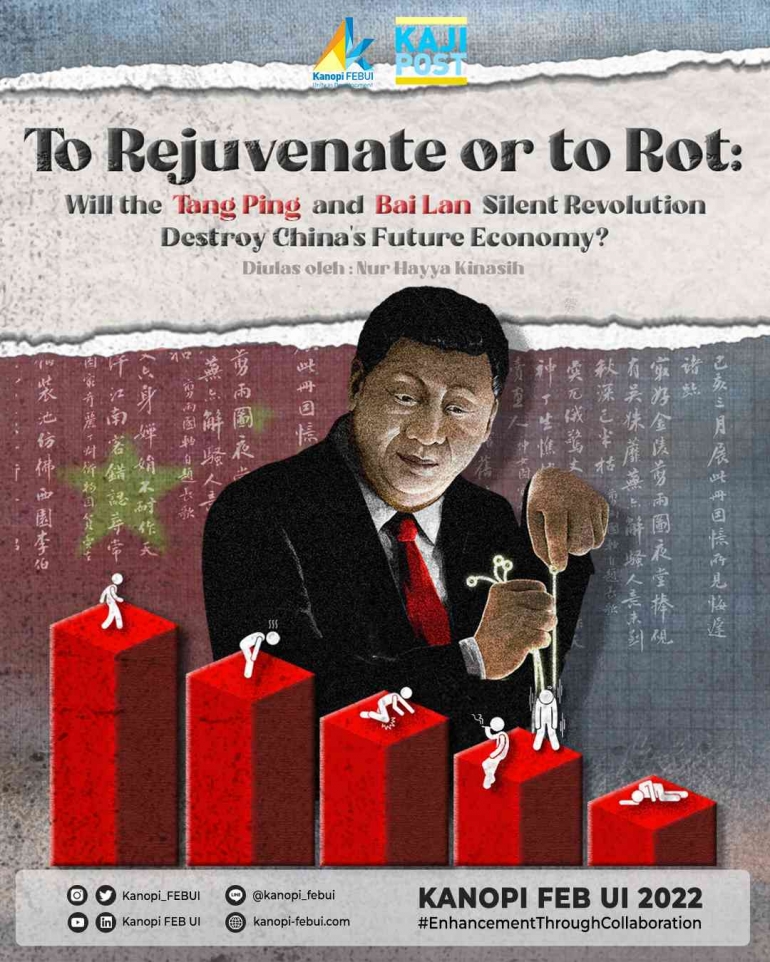 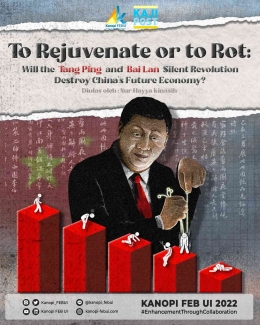 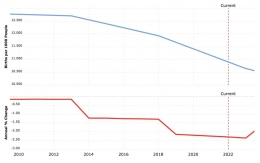 Over the past 40 years, China has undertaken a series of groundbreaking market reforms, opening up trade routes and investment flows, ultimately lifting approximately 800 million people out of poverty. The country became the world's 'economic miracle' as the fortunes of hundreds of millions of Chinese people improved. Simultaneously, education rates have risen. Standard Chartered predicts that around 27% of China's workforce will have a university education by 2030. But, even 'miracles' like the Great Pyramid of Giza could soar high as Egyptian workers traded off their deformed bones and broken limbs in exchange for that miracle to happen.

In this case, the sustained increase of productivity in Chinese workers has been one of the driving forces behind the economic boom. Subsequently, Chinese youths are growing crestfallen with work and life. They are protesting against a hyper-competitive work culture, widespread overwork, and soaring social pressure. Some chose to ignore the dictates of society and break free from the hustle culture as they face challenges, ranging from a great rise in unemployment rate to layoffs and a failing economy. The frustration of these youths stems from worker exploitation that has long been rooted in China's culture that sees overwork and sacrifice as virtues.

Moreover, this hypercompetitive overwork system is supported by industry leaders resulting in an imbalanced power dynamic between companies and employees, ultimately forcing employees to adopt this lifestyle. Cast down by the weight, tang ping (lying flat, ) and bai lan (let it rot, ) are the attitudes that the young crowd is opting for. Tang ping is a harmless choice to strive for solely things that are essential for survival. But the phrase bai lan, refers to a stance of downright giving up. Will these movements harm China's economic growth? And how detrimental will it be?

The Movements' Emergence: Why China's  '996' Work Culture Might Be the Scapegoat

The term "tang ping" first appeared in April, 2021 when young internet users started conversing about their professional lives. They have synthesized the notion of tang ping with a theory developed by American anthropologist Clifford Geertz, referred to as "involution". This stresses the absurdity of ever-increasing and vain competition. Thus arises from the ashes of this burnt-out hope, appears bai lan.

A generation ago, to work hard, get married, and have children were not only general requirements for success, but are also ideals set by the Chinese government for its citizens. China's authoritarianism towards the people was seen as a trade-off as millions were liberated out of poverty. Employees regularly work overtime and are not always compensated in many of the country's biggest firms. In 1919, the International Labor Organization established the principle of a 40-hour week with a maximum of 8 hours a day as an international standard. This standard, however, was not fulfilled in China.

The guideline on working hours has been inch by inch replaced by the "996" working hour system, meaning employees work from 9 am to 9 pm, six days a week (Wang, J. J., 2020). Employees are powerless to combat this system, as giant companies have strong bargaining power to enforce this. Also, the government is not ready to encounter consequences such as affected economic growth due to enforcing strict labor protection laws. Whereas, the "996" system was declared illegal in August 2021 by the Supreme People's Court.

Chinese workers have fallen prey to this inhumane work culture. Recently in 2021, an Alibaba courier set himself on fire in protest over unpaid wages. A year later, a 25-year-old man who had worked through a week-long public holiday at the video platform Bilibili reportedly died from brain hemorrhage. With complaints rising among workers, some are calling to arm collective action.

This discontent towards China's overwork culture has also reached to a point where there is a recorded 131 cases of food delivery worker protests between 2016 and 2021, according to Hong Kong-based NGO China Labour Bulletin.. As the outlook of many young Chinese have altered, a shift towards better labor protection also comes. These phenomena have resulted in a growing sense of discontentment among youth who see little incentive in working one's fingers to the bone, disparate from their parents who believed that hard work pays off.

Both the 996 system and the tang bing and bai lan movement may have a considerable effect on China's fertility rate. In 2021, China's fertility rate stood at 1.16, far below the 2.1 set by Organisation for Economic Co-operation and Development (OECD) as the standard for a stable population. It was among the lowest in the world, along with the inclination among Chinese women to have children, based on a survey by think-tank YuWa Population Research. Low wages and notoriously long working hours need to be addressed as it is able to restrain the young people of China to get married, let alone have kids.