Streaming Services: A Cure for Piracy, A Nightmare for Music Artistry 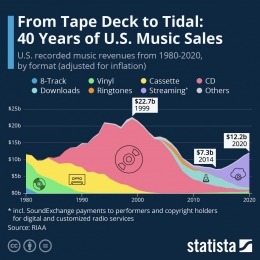 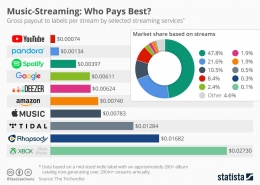 From the era of Madonna to Harry Styles, the music industry has undergone shifts in distribution medium, going from CDs to streaming. Nowadays, the digitalization of the music industry allows you to play your favorite songs, in certain cases for free, with just one click away–thanks to the existence of streaming platforms such as Spotify, Apple Music, YouTube Music, and more.

The question is, how does the ever-evolving music industry affect us? In this writing, we seek to analyze its economic impacts on consumers, nations, and artists. Furthermore, the arguments and evidence presented in this writing will not be focused on a certain country, but rather on a global scope.

Development of the Music Industry

Dolota (2020) explained that the digital transformation of the music industry can be categorized into four phases. The first phase (1983-1999) marked the switch from vinyl to CD. The second phase (1999-2003) was marked by the emergence of music file-sharing platforms such as Napster. The third phase (2003-2013) was characterized by the opening of legal online music stores such as Apple iTunes and Spotify. Currently, we are in the third phase (2013-present) where music streaming is preferable to listening to physical copies (e.g. CD) of music.

The digitalization and continued digitization of the music industry has fostered many benefits for music listening–which will be elaborated on later in this paper. It has made music more convenient, encouraged legal streaming, and created an option to listen to music for free.

However, the digitalization of music was not always advantageous, and one of the main causes was music piracy. Just like an untreated virus can lead to a deteriorating body, music piracy can lead to a continuous decrease in music revenue. In the United States (US), the number of music sales was consistently sliding off from 1999 to 2010 (see Graph 1) and music piracy is to blame for it (Richter, 2021). Globally, the music market suffered a 40% decrease in retail revenues.

The harmful effects of piracy on music sales were made possible because of a handful of reasons. From a customer perspective, downloading music illegally for free on your iPods or mp3 players can be more tempting than having to pay for physical albums that can only be played with CD players. Besides price and portability factors, the music industry also lacked a quick development of an attractive legal streaming service. Evidently, Apple iTunes Music Store was developed in 2003, four years after the release date of Napster (Knopper, 2009). This gap allowed the market to become accustomed to listening to free illegal music, thus leading to a decrease in music sales in the US. 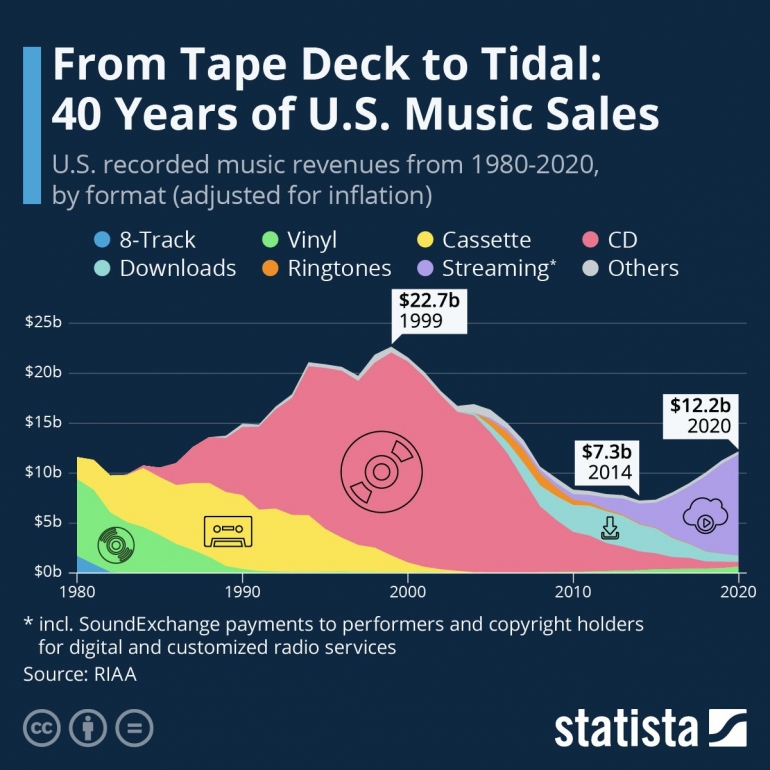 While the issue of piracy is timeless, the increasing growth of streaming services in the music industry acts as a solution to reduce and mitigate the said issue.  As shown in Graph 1, in the US, the growth of music streaming sales was accompanied by a rapid increase in music revenues from $7.3B in 2014 to $12.2B in 2020. On the other side of the globe, the United Kingdom (UK) saw a similar phenomenon. The growth of the streaming industry was followed by a decrease in the piracy rate from 13% in 2014 to only 5% in 2020 (House of Commons, 2021). These statistics beg the question: why does the growth of music streaming lead to a decrease in piracy?

Even though there are many reasons why music streaming has become preferable for consumers compared to illegal music listening, this article will argue on the basis of two factors; increased consumer surplus and the network effect. 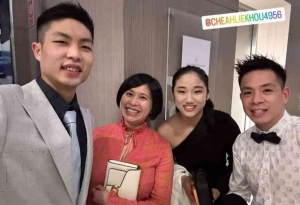 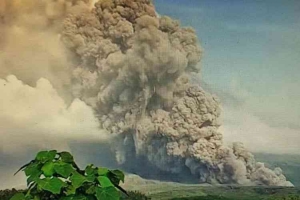