Living As A Christian Balinese 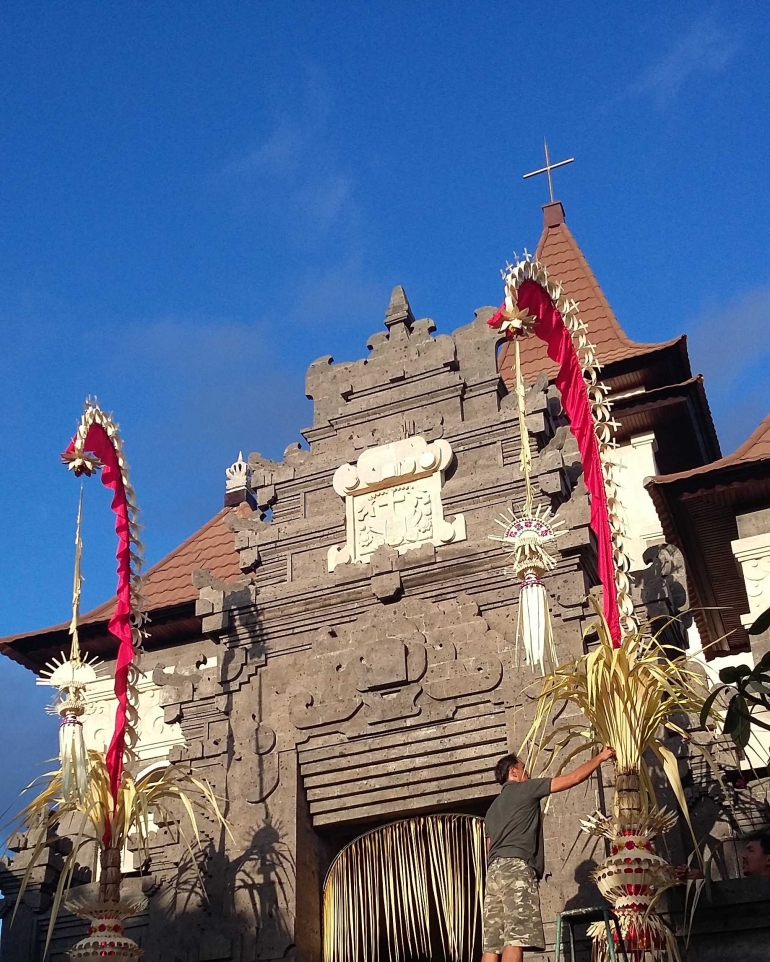 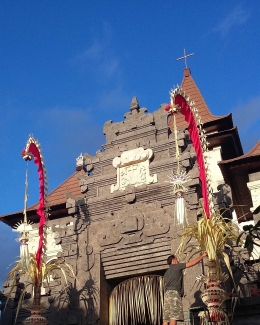 I am a Christian Balinese. And when I say 'Balinese' I meant ethnic Balinese, not simply someone living in Bali. I do have traditional Balinese name (my full name is Gede Benny Setia Wirawan, Gede being a traditional Balinese name). My parents are both Balinese with Christian faith. No, they are not new converts. In fact, I am fourth generation Christian. The first convert in my lineage is my great grandfather, one of the first Balinese to be baptized.

That was an explanation that I had to repeat times and again. Most people around me, Balinese or otherwise, never take me for a Christian. I have rather dark skin and I speak Balinese quite fluently. Thus, they often take me for a Balinese. And in their perception, if you are a Balinese, you must be Hindu.

Most Balinese, especially those from rural villages, always assume a Balinese to be a Hindu. Those of other faiths must be migrants from other islands. This perception is understandable if you see how intertwined Balinese ethnic identity and Hindu religion are.

However, we do exist and there are thousands of us. Many of those my age are third or fourth generation Christian. And throughout our lineage, not once we abandon our Balinese identity. In each generation, we consistently preserve Balinese naming norm, a recognition of our roots. Many of us are raised in Balinese speaking household and speak good Balinese ourselves. We adhere to traditional Balinese values, which are not so dissimilar from Christian values.

Our Balinese identity also permeate our worship and spiritual life. Christian Balinese lineage is preserved and institutionalized in several synods in Bali, most notably Gereja Kristen Protestan di Bali(Protestant Christian Church in Bali). We incorporate Balinese architecture, both in appearance in philosophy, into our churches. We incorporate Balinese gamelans into our worship and liturgy. We danced Balinese dances and translate hymns into Balinese.

This acculturation went beyond superficial artifacts. Personally, I find Balinese culture, norms, and values to be analogous with Christian ones. So much so, in fact, that some aspects simply change names or place.

Bottom line, Christian Balinese identify as both truly Christian and truly Balinese. We are not Christian playing to be Balinese. Nor are we a syncretic sect, combining Christianity and Hinduism. Although not identical, we are Christians which identify with, and practice, our cultural root: Balinese culture.

Ironically, despite calls among Balinese to preserve our traditional culture, our identification as Balinese sometime not well received. Rejection of our identity comes both covert and overt.

Sometime this rejection arise simply out of ignorance. Christian Balinese make up small percentage of an already small minority of Christians in Bali. Thus, many lives their entire lives without encountering a Christian Balinese. They are trapped in the stereotype that Balinese are all Hindus. Upon encounter, their first reaction is disbelief. Curious ones will ask about our unique background, thus I have to reiterate that first paragraph dozens of times, if not more. Those with open mind will then turn that disbelief into astonishment and it usually ends up with us discussing the uniqueness of Balinese culture, both traditional and Christian.

Sadly, there are those who are not as tolerant. Due to the intertwined nature of Balinese identity and Hindu religion, some interpret those who abandon the Hindu faith as no longer Balinese. For them our practice of Balinese culture seems as copy cat practice. At best we are misguided in our attempt to preserve something no longer ours. At worst, we are impostor who deliberately blurred Hindu and Christian identity in order to proselytize.

Globalization led reactionary ideas to take steam in response to influx of outside culture among Balinese. It gave a sense of urgency to defend their identity. Internet also amplify their voice of intolerance. There were attempts to enforce the cultural distinction between 'true' Balinese (i.e. Hindu) and 'false' ones. These attempts, in effect, reject the legitimacy of our identification to Balinese identity and culture. In short, they reject our very existence as invalid.

This is my reality and everyday life. And, sadly, I see the same pattern popping up both nationally and internationally.

There are social and political forces that attempt to enforce identity stereotype and, by so doing, shrink its definition. In Indonesia, former Jakarta Governor Basuki Tjahaja 'Ahok' Purnama lost an election largely due to him being Christian and of Chinese descend in predominantly Javanese Muslim electorate. In United States, Donald Trump shrink the American identity to exclude Latinos and Muslims.

No community can claim to be universal victims. We are all perpetrators and victims in different parts of the world. However, almost universally, minorities and marginalized people are always the victims.

To be fair, the perpetrators of these actions are not doing so out of malice. They are frightened. The ever globalized world led them to feel threatened over their fragile sense of identity. One wrong first encounter could lead an ignorant person to fear and turn that fear to hate.

To break this cycle of fear and hate we must address the stereotype so ingrained in our collective minds. We must understand not all people, and indeed most people don't, fit into our boxes of identity and definitions. Not all Christians are Western, not all Balinese are Hindus, not all Muslims are Arabs, not all whites are white supremacists, not all men are misogynists, and so on. Peace will be achieved when we understand people as who they are, not as who we expect them to be.

Coming from this unique small community of Christian Balinese has given me this perspective: stereotypes are not always true. They exists for a reason, mostly statistical, but outliers are not to be neglected. They exists and their existence must be acknowledge to be as valid as everyone else's.

This writing has been published previously here. It is translated by request and edited to fit a more international audience. 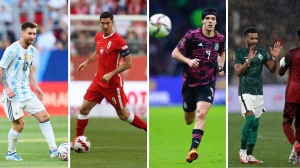 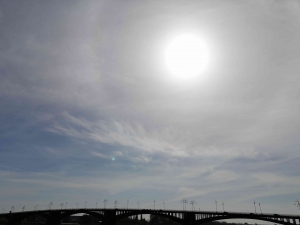