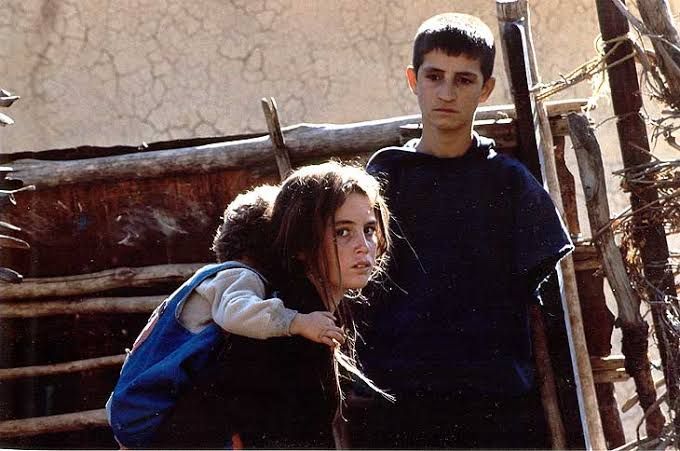 "Every War is a war against children" - Eglantyne Jebb

War is a daily reality for many children in the world. Countless victims of the war are children. A lot of them lost their families in front of their eyes in brutally, dread and hardship way. They become homeless and lot of them are isolated from their own family.

According to United Nations Convention on the Rights of Children, they have rights to be protected, to be educated, right to affection, love and understanding an so on. And during a war, we simply ignore their rights.

In 2003, Turtle Can Fly Movie describe the social background of Kurdistan village (Iraq) under the invansion of America. This movie show stories of few children who experienced different tragedy as victims of the situation at that time. They are Soran, Henkov, Agrin and Rega.

Henkov is a handicapped boy who lost his hands because of the weapon during the war. Agrin, a little girl who lost her parents and at the same time got sexually assulted by a soldier. She got pregnant and gave birth to a blind child (Rega). Rega is blind because his mother was too young to be pregnant at that time.

This movie reveals how unstable the condition in that refugee camp. They cannot predict what will happen next nor that they can do something to prevent it. This movie also reveals how the children deal with their anxiety and most of them face this problem without their parents.

The ending of this movie is unexpected, tragic and heartbreaking. It is tremendois unexpected.

I dont want to be a spoiler but prepare your heart to get broken and let me know your opinion after you watch this movie.