Who never watch Hunger Games? This is one of my favorite film. Hunger Games series have 4 movies.

So i will give you interesting technology at Hunger Games first movie. But before that let me explain you what is this film about. Hunger Games is a film about Survive games. Hunger Games placed in Panem, in this country, there're 12 District. This Games held to respect the victims of past rebelion and keep closeness between each district. The main character is Katniss Everdeen and Peeta Melark from District 12.

This is the look of Premium Electric Train. Its more feel like hotel inside a train. They have many rooms, many kind of food and facilities. We also can  enjoy the view during the way. They also really fast, stable and quite, unlike our train which is really noisy and shake.

This is one of reasons why i love hunger games, when Katniss and Peeta in their suite. Their suite is so amazing, its really beautiful and aesthetic. Its simpel but look really nice and cozy.

This is the most important part of this film. Their games arena are so dangerous and have many challenge. This arena made especially like being in a free forest, there's a limit and if we see, its like a bubble. There's like a controller from another room or building, they can see what the player do. They also can put challenge and put the player in dangers. 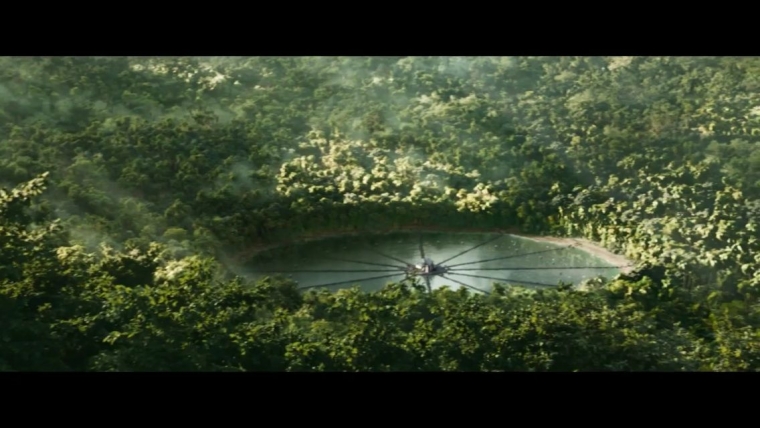 pinterest.com/Panoramic Photography
That's some exampe of technology in Hunger Games. Maybe in the future, education can upgrade their technology like games arena, i mean they ca make a imitation of an forest so we can use the imitation technology to give experience for the students. Don't forget to watch Hunger Games cbecause its worth and really good. See you next time!