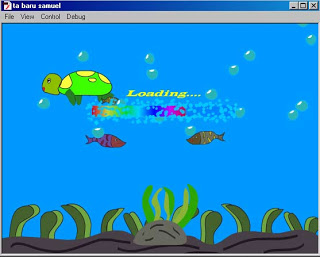 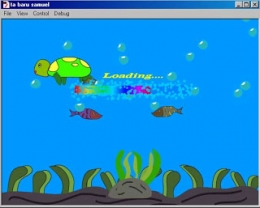 In the era of highly developed as today, Game can be said is a"necessity" that is necessary to fill the children at their leisure. Even the first game

that has been played into a life for some people, so it is said that "the game is addictive". For this reason, many parents forbid their children to play games. But

when we look at the behavior of the players game, you will see fundamental difference is the increasing memory and faster the problem solving. Based on that

fact, in today's highly educational game is helping children to learn media and sharpening their brain rather than the child to be glued for hours in front of the

book. Based on the fact the author as the creator wanted to make education a game-based for children 3rd grade.

Game is an action that is very enjoyable for everyone. In fact not only for children but also for teenagers only, youth, even parents though. During development, the game is done jointly thus helping to educate children in learning at school, so

games carried sharpen the brain and think of some strategy to defeat your opponent sportsmanship / legal. most games are played previous games in the form of board and game manual. So indirectly. But it does not reduce some education and learning contained in the game due to the In today's world, with the development in technology Quickly create special children’s games (game-based education) increasingly eroded by genre game genre for adults including murder, fights, and assorted others. so that digital game now most do not have the elements of education and fairly. Where digital games in violence directed and sadism and eliminate the element values of honesty and development.

As for the present, digital games are played now is more frequently played and mastered by children, so that children will prefer to play games than studying. this trend is make parents become irritated and forcing children to learn. Meanwhile, according to a study there then what we liked / loved by

someone who will goad him to learn things the hard though.Thus the author was trying to make a game that based learning mathematics interesting for children 3rd grade.