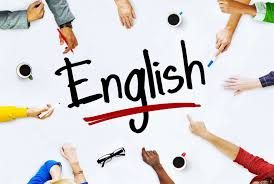 In this world, every country has different language. But, only a language could be called "international language". Do you know why? Cause it will make easier people from another country to communicate each other, to share the story from mouth to mouth, to exchange culture to the other, to entertain people around the world with one access, and many more.

As we know, English is an international language. Everywhere there so many course focusing to studied English only in Indonesia even the world. More people interested to studied English. Even there is an area called "Kampung inggris" in pare, Kediri.

Why English becomes the international language? Not Chinese, Not Arabic, or maybe Indonesian. Let's go back in history.

"A language becomes a global language because of the power of the people who speak it." The 'power' of English was initially based on political and military factors, most notably the expansion of the British Empire.~david crystal.

Have your school teach England empire past? England always explore the world on the ocean. One by one the explorer live in the place where they visit. Indirectly they teach people in that place English language. England becomes the most colonized country at the time. This is why English started known people slowly.

1. Easily for jobseeker to get a job.

In this era, many kind of  some job available everywhere. This is your chances to try some job more worthy wide open. If you're fluent in English, this is become added value in people's eye. Get a job from other countries is just like a dream. We can build our carrier in foreign place and proud our place where we were born. So that's why you have to learn English right now to touch the world with a weapon. English make the thousand way to open your chances.

In our beloved country, English make us look like a cool person. In fact we just ordinary person. Almost all my friends can use English at subject. But, their accent need to fix it. Some my friends said "you have good English accent.". Maybe that's why I look like a cool person in the class. No, nevermind. 7 years I join the English course make my accent feel perfect. But don't be arrogant person just because you can speak English perfectly.