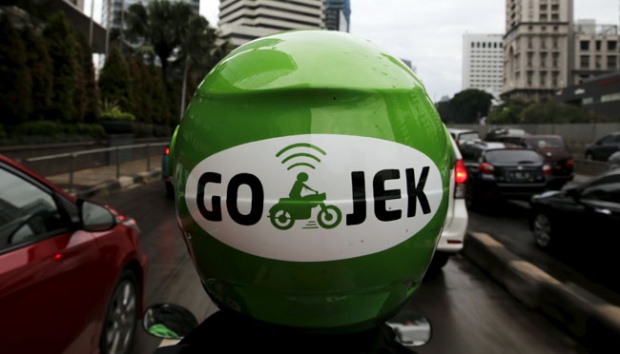 [caption caption="en.tempo.co"][/caption]GOJEK has become a popular trend in recent media and Indonesians day to day life. It provides services of a motorcycle taxi and also delivery. In fact it’s been so popular that the government decided to ban it. Motorcycles are fragile and can endanger the passenger and with the ease of the app and brand ojek drivers have complained to be losing customers.  Though due to the many proud and abundant customers of GOJEK and Jokowi Indonesia’s President, the ban was quickly lifted.

An app that can be downloaded for free on cellphones can be used to call a driver close to your area. Ideas similar to GOJEK have been around before, more or less 5 years ago with the rise of UBER. GOJEK and UBER almost operate in the same way despite the obvious difference of a motorcycle and a car. Founded in 2009 at the time it was called UberCab. Contrary to popular belief and mine as well formerly, UberCab wasn’t intended to be a cab/taxi. The company considers itself as a rideshare company. Rather than hiring drivers UBER says they are a system that connects people together; the driver and the passengers.

In my opinion this was a clever although controversial way of doing things. Mainly because as a rideshare company, they are not taxed as a taxi service, which later becomes a prime factor to strikes opposing UBER as it creates unfair competition. The cellular app connects the passenger and driver together using GPS. UBER does not give wages to their drivers because in reality they are not employees to begin with, but are bonded by a contract.

UBER splits 20/80, 80% of profit from rideshare goes to the driver and 20% goes to the company. UBER does not pay for the driver’s car maintenance neither for gas and simply acts as the medium. Dodging most taxi related expenses such as tax and legalities, UBER becomes a drastically cheaper method to the traditional cab.

Of course as with all new technology, we should approach with steady and caution. But that deemed to be difficult as the company exploded in growth and expansion and as of today its roots has settled into most developed countries and modern cities. Many governments and legal bodies have challenged UBER’s legality. Arguments against are the obvious tax reasons and drivers that are unlicensed, untrained and can possibly endanger a passenger. In fact there has been cases of such, dangerous incidents.

Not long ago last summer the release of UberPop, another version of Uber to dodge legalities in France, was judged as illegal among the streets of Paris. UBER being persistent told their drivers to keep operating. Paris taxi drivers responded with violent methods towards UBER drivers, hacking at car windows, holding drivers hostage and tipping cars over.

I think reactions like this are expected as GOJEK and UBER are new pieces of technology and many haven’t accepted the sudden change. Maybe society isn’t ready for such? Be that as it may, many enjoy using UBER and for Indonesia, GOJEK services. In both services drivers are guaranteed insurance. The app allows you to rate your driver. Rideshare drivers are reported to being more friendly than taxis. This is just the beginning. Similar GOJEK and UBER companies are being founded. This looks to be the future of the ride industry. Hop on!