Life must go on

After 15 Years, The Indonesia National Team Finally Qualifies for the Asian Cup!

For the first time in 15 years, the Indonesian national team was able to qualify for the Asian Cup.Indonesia has the right to compete in the 2023 Asian Cup after beating Nepal 7-0 in the closing match of the third Group A qualification at the Jaber Al-Ahmad International Stadium, Kuwait, Wednesday morning WIB.

Indonesia started the match by directly pressing Nepal's defense. Continuing to attack, Indonesia opened the tap in the sixth minute through Muhammad Dimas Drajad's header. He continued Asnawi Mangkualam's assist. However, after presenting a goal, Indonesia's performance had decreased. Nepal used this to build the game by holding the ball longer.

However, this situation did not last long. Shin Tae-yong's troops slowly regained their rhythm before throwing the opponent into a frenzy. This condition made Nepalese defender Suman Aryal sent off by the referee. He committed a violation that resulted in a second yellow card in the 33rd minute.

Playing with 10 people, Nepal is getting more difficult to keep up with Indonesia. Indonesia finally took advantage of the player's by scoring an additional goal in the 43rd minute through Witan Sulaeman's kick. Indonesia led 2-0 at half-time.

After halftime, Shin entered new names such as Marselino Ferdinand and Muhammad Rafli. As a result, Indonesia went crazy. In the 54th minute, Fachruddin scored a goal using the chaos in front of the Nepal goal. Less than 60 seconds later, it was Saddil's turn to add the score which made Indonesia even more in front and winning 4-0.

Baggot's kick from outside the penalty box in the 80th minute made Indonesia 5-0 leading. The euphoria for the goal was not finished yet, Witan Sulaeman presented his second goal in the match as well as the sixth goal for Indonesia.

Marselino Ferdinand closed the game with his goal in the 90th minute. With the addition of three points, Indonesia finished as runner-up in Group A with 6 points. 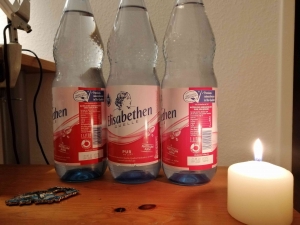