A Monopoly's Grip on Tickets: Uncovering the Uncompetitive Plays of the Live Music Industry 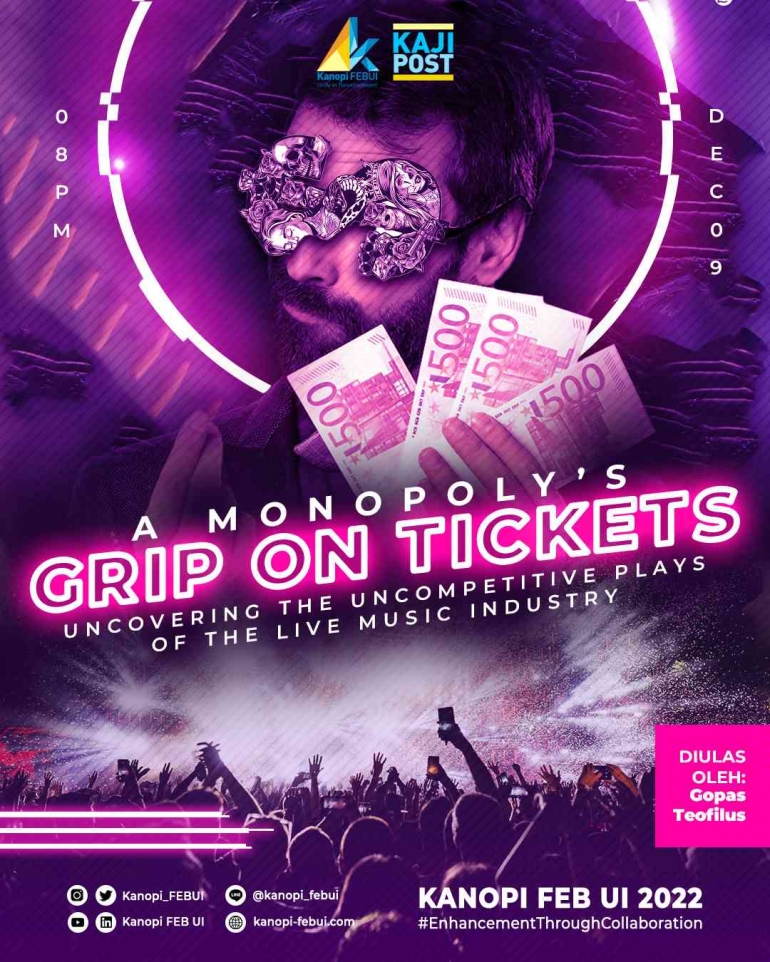 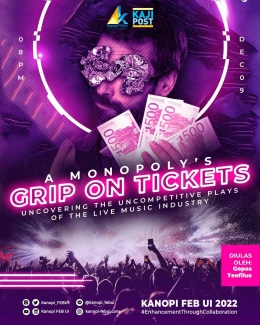 November 18th marks as one of the most anticipated days in this year's entertainment industry: American singer-songwriter Taylor Swift has announced her first tour in over 4 years, situated in a time where the live music industry is recovering from a calamitous Covid-19 pandemic. As with most performing artists, Swift's management team partnered up with ticket sales and distribution company Ticketmaster to handle all operations of her ticket sales. The sale, however, turned out to be disastrous for both parties.

While 2.4 million tickets have been sold for Swift's "Eras Tour", widespread website delays, crashes and errors have infected the purchasing experience of millions of fans, causing a wide portion of them to queue online for hours, only for them to see a screen that tells the unavailability of their seats and tickets. The inefficiency, ineffectiveness and downright terrible service from Ticketmaster have scarred millions of fans with no ticket concerts, leading to massive censures and criticism of Ticketmaster in the mainstream media.

This Taylor Swift-Ticketmaster fiasco isn't the first -- and possibly not the last -- phenomenon that draws criticism to Ticketmaster and the operations behind the live music industry. In 1992, rock music band Pearl Jam had problems with Ticketmaster over the ticketing company's forced customary service fees and in 2002, jam band String Cheese was not allowed by Ticketmaster to sell tickets directly to fans. While these phenomena can be regarded as mere authoritative actions of Ticketmaster, it actually uncovers the dire consequences of letting a ticketing and live music company in acting as a monopoly in the entertainment industry.

The Monopoly of Concerts: The Aftermath of the Merger of Ticketmaster and Live Nation

Ticketmaster Entertainment, Inc. is widely known as the go-to ticketing service for live music. Operating as a subsidiary under Live Nation Entertainment, it is the world's largest ticketing service provider in the world, achieving revenues up to $11.9 billion in 2019 (Ticketing Business News, 2019) and employing up to 6,678 people. While its main source of revenue comes from charging service fees on ticket sales, managing venues and promoting artists, the ticketing company also earns income from concession sales, parking, rent, premium seating and ticket rebates. Its sheer size and capabilities is due to its notable history and its merger with another venue management company, Live Nation.

Despite its sheer size today, Ticketmaster started off humbly as a small software company that licensed ticketing systems to retail outlets and universities to sell physical tickets. Through "aggressive marketing" and incentives paid to venues for using Ticketmaster (Hayes, 2022), Ticketmaster grew to a significant size, overtaking Ticketron by the mid-1980s as it deals in more than 90 cities around the U.S.

This is done through a legion of tactics: 80% of Ticketmaster's stock had been acquired by Microsoft co-founder Paul Allen, transforming it from a simple ticketing company into an information technology company that can sell tickets online. Additionally, Ticketmaster -- along with competitor CitySearch -- was purchased through a majority stake by media giant InterActive Corp., resulting in a new entertainment service entity that not only sells concert tickets, but also related merchandise.

Ticketmaster's dominance can be marked right after Ticketmaster became its own entity in 2008, where it acquired premier artists management firm Front Line Management, leading itself into tight competition between Live Nation, which was the largest event promoter in the U.S during the 2000s. This competition was exacerbated by the fact that Live Nation was planning to release its own ticketing facility, potentially rivaling Ticketmaster. This rivalry ended up being short-lived as the two companies announced and completed a merger in 2010. The combined company would be called Live Nation Entertainment.

While Live Nation Entertainment hasn't been officially labeled as a monopoly, it strongly displays monopolistic traits. As a monopoly implies an "exclusive possession of a market by a supplier of a product for which there is no substitute" (Bain, 2021), it is justified to label Ticketmaster and its parent company, Live Nation Entertainment as de-facto monopolistic companies as they control over 70% of the ticketing market and 80% of operations of live concerts (Ederer, 2022). The presence of a monopolistic ticketing service has the potential to cause huge repercussions in the live music industry.

While monopolies shouldn't always be labeled as "undesirable" entities, a huge portion of monopolies are known to practice anti-competitive behavior. Anti-competitive practices can be defined as "actions conducted to make it difficult or impossible for other companies to enter or succeed in their market" (Wigmore, 2019). Due to the absence of competitors, monopolistic firms usually don't have the incentive to continuously offer improved products or services that are sold at a desirable market price. In doing so, this results in lackluster service, higher fees, and lagging innovation.

The aforementioned Taylor Swift-Ticketmaster fiasco proves to be the consequence of a monopolistic firm practicing its anti-competitive behavior. As Ticketmaster has practiced price-fixing and "venue abuse" (where most large venues have been contracted to only be facilitated by Ticketmaster) that limit competition, it has displayed little need to improve its services as its ticketing platform repeatedly crashed and failed in guaranteeing "Eras Tour" tickets to millions of concertgoers (Santos, 2022).