Do We Really Need More Economists: The Prospect of Growth in Indonesia 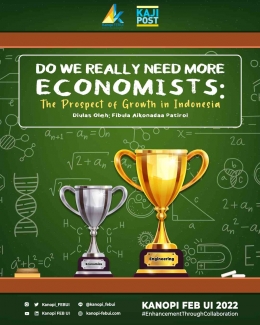 "Our future growth relies on competitiveness and innovation, skills, and productivity... and these in turn rely on the education of our people." - Julia Gillard

Every minute of every hour, leaders of most countries have an aspiration for the accelerating expansion in development. Albeit the different ways or strategies they have imposed and discussed within their bodies, institutions believe that one way or another it will lead to the same goal they have in mind to provide their citizens a decent standard of living, or even better, a prosperous one. To acquire this objective, reams of factors need to be considered. Nevertheless, one stands out from most as a poll by the consulting firm Mckinsey itself shows that 84% of executives believes future success depends on innovation, which--in turn--plays an essential role in economic growth (Kylliinen, 2019).

Innovation itself can be interpreted in various different forms. Amongst those varieties, the idea of technological innovation is crucial towards the development of many economies, mainly in underdeveloped countries (Blanksten, 1961).

Although Indonesia's status has been growing as an emerging middle class country, it is one of the countries that are still in need of technological development in various fields and sectors, with the root of the problem itself coming from the lack of labor in its industrial sectors. An important factor that contributes to this is the limitation of the technocrat dream in Indonesia.

Technocracy refers to the model of governance that is chosen based on their technical skills and expertise. This particular idea is limited in the sense that Indonesia believes in a more traditional democracy based on the votes of the mass public, which is opposed to the idea of technocracy, but the traditional democracy in Indonesia still lacks individuals or human labor that understands the STEM field.

That said, it is intriguing enough to wonder how the industrial sector in a country can contribute to the economic development of Indonesia, whilst understanding the important effects of an increase in the labor market of STEM-related job fields.

Indonesia's Strategy to a 4.0 Economy

The primary resolution Indonesia has chosen to shift their focus on increasing the shares of their manufacturing sector is created through the conceptualisation of entering the fourth generation of Industrial Revolution, short for "Making Indonesia 4.0". Through this approach, Airlangga Hartarto, Indonesia's Minister of Industries, presumes that with several programmes the government body carry through, advancement in technology can be achieved (Badan Koordinasi Penanaman Modal, 2019).

These programmes include the concentration of various sectors, including food and beverages (34% to the GDP of the manufacturing sector), textile and clothings (1.30% of the GDP in 2019), automotive (1.76% to the nation's GDP), electronics (exports of $3.75 Billion in 2020), chemical, pharmaceuticals, and also medical devices, which are believed to have the potential in being a consequential determinant to developing the secondary sector of the country respectively (BKPM, 2021).

In spite of that, how are they so sure of that plan when Indonesia itself had not even reached the third Industrial Revolution?

The third Industrial Revolution started near the 1970s until the 20th century, with machines and computers capable of executing what usually is a human's task or job description (Desoutter Tools, 2022). Even though Indonesia faced rapid Industrial growth over the period of 1970-1997--increasing the GDP from 8.9% in 1970 to 24.8% in 1997--this growth was halted by the Asian Economic Crisis, causing a decline in most sectors, especially in the Industrial sector itself (Adam, 2001, p. 154).

The discovery of the root of this issue was found, but surprisingly was not related to the economic crisis Asia was experiencing. Instead, Adam's study (1999) showed that there are multiple flaws to Indonesia's tactics in order to achieve industrialization, including their dependency on international goods and failure of increasing productivity and efficiency in those sectors (Adam, 2001, p. 154). In a way, the failure to increase productivity in these sectors could be related to the workers in Indonesia that do not believe in a pure technocracy. 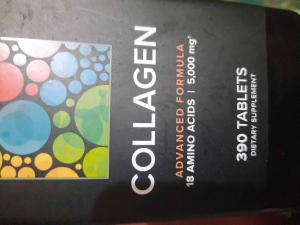