Road to an Economic High: Pristine Vision or Pure Delusion? 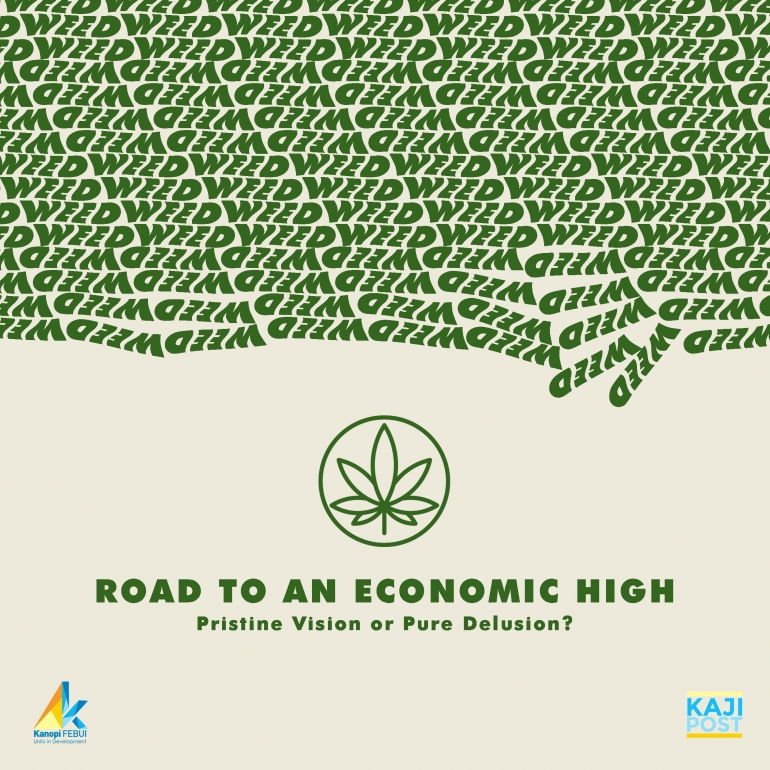 Physical welfare and the quest to seek the cures to all its ailments have been the single most quintessential task humankind have embarked on.

Both natural and chemical remedies have been in consideration but with the former proving more efficacious and desired. Humans' foray into nature to quench such quest naturally leads them to come across a forbidden yet medically proven plant -- Cannabis.

Ever since its discovery, the devil's lettuce has been the focal point of discussion as it is still banished legally from most countries despite harnessing immense medical prowess.

Lengthy discussions and considerations of legalization have been carried out shortly after the mass banishing of the plant with the world uncovering the multidimensional potential of which cannabis possesses including its potential contributions to the economy of a country if it were to be legalized. The laughing grass's tale and legal status have, as with other countries, undergone a stable but conflict-ridden life in Indonesia.

Prevention of a national high

Weed, or as commonly referred to by locals as ganja, has seen a plethora of controversies ever since its introduction by the Dutch. It was utilized in a myriad of ways including as an intoxicant and an opium substitute due to its mind-altering capabilities, a cure for plenty of diseases such as gonorrhea (which was the main reason why it was grown in Ambon), and even as a strong fragrance with narcotic effects for shops (Dania and Tom, 2016).

The road to a national high was blocked in 1927 through the restriction of cannabis access to the Dutch East Indies as an implementation of the Verdoovende Middelen Ordonnantie (a narcotics decree) due to the inclusion of cannabis in the International Opium Convention of 1925. This act marks the beginning of the increasingly strict barriers to access marijuana.

As a whole, the archipelago has been known for being draconian about drugs even amongst Southeast Asian countries. Such punishments that are able to be given to convicted users can range from a lengthy prison sentence to even death.

One particular case of which was engraved in the minds of Indonesian was the ill-fated romance narrative of Fidelis Arie. Certainly far from being effervescent, Fidelis' dilemma begins with his wife being diagnosed with syringomyelia (severe spinal cord disease caused by a fluid-filled cyst growth inside it) of which was only able to be cured using marijuana as a remedy. To sustain his wife's well-being and in hopes of curing such a severe disease, Fidelis grew ganja plants which he then proceeds to harvest himself to give to his lover.

However, due to the illegal nature of the plant, he was arrested on the 19th of February, 2017. He was awarded a 5-month sentence for growing a forbidden plant by the judge. His sentence was later increased to 8 months with an Rp1 Billion fine. Not having access to the natural cure needed to relief her disease, his wife later passed away on the 25th of March, 2017.