Issues that Occur at The FIFA World Cup Qatar 2022, Starting from LGBT to Allegations of Paid Spectators 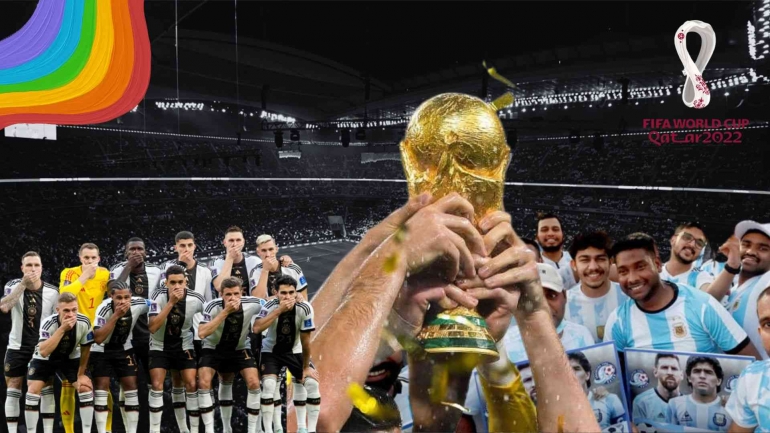 Issues that Occur at The FIFA World Cup Qatar 2022, Starting from LGBT to Allegations of Paid Spectators ( Image Edited by : edoreo)

The size and nature of sports events vary, but many hold a lot of attraction for both domestic and foreign tourists. The tourism sector views them as a key component of destination product development and marketing strategy.

How to increase visitor arrivals and sales. Due to the perception that sporting events contribute to political and social objectives, there are additional justifications for official engagement. Hosting used to be mostly the domain of the industrialized world, but smaller countries and towns are increasingly vying to host renowned sporting events, which are subsequently promoted as tourism destinations and used to advance various governmental goals.

Another reason that underlies Qatar as the host is because they have created world-class stadiums in close proximity to each other, with a distance of no more than 50 kilometers from one place to another.

This choice strengthened Qatar's ambition to establish itself as a top sporting nation.

Because of its objectives, current accomplishments, character, and the controversy surrounding the bidding process, which has been tarnished by claims of corruption, Qatar is a significant host.

Following an overview of the main concerns and a discussion of the main arguments for and against hosting large sporting events, it is examined to what extent these issues still apply in the case of the 2022 World Cup. Following a summary and conclusion, opportunities and challenges are discussed along with Qatar's advantages and disadvantages as a host. However, hosting the World Cup is a lengthy process, and there are several years before the event.

As a result, some comments are speculative, and it is suggested that the matter merits monitoring as it develops and more investigation.

As many as 32 teams from various countries will compete for an honorable position at the 2022 World Cup. The Qatar vs Ecuador match will be the first match in the Group A phase.