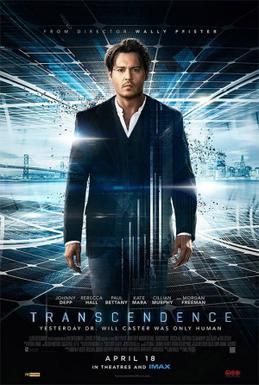 The movie by Warner Bros Picture tells about a married couple Dr.Will caster and Evelyn played by Johnny Deep and Rebeca Hall. They become researchers who create technology that no one ever imagined .  Dr. Will, Evelyn and their friend Max  played by  Paul  Bettany  created a sophisticated technology, called PINN .

The conflict started when Dr.Will was shot by an association of people who hate and reject technological development called RIFT .RIFT saw PINN as a technological advancement that has surpassed the power of God. After being shot with a poisoned bullet, Dr.Will was diagnosed had radiation poisoning and his life only lasted 4 week. To save Dr.Will life, Evelyn and Max try to put the thought and feeling of Dr.Will into technology PINN. This experiment didn't make Dr.Will survive,  but Evelyn and Max can  put thoughts and feelings of Dr.Will into the PINN.

Evelyn didn't realize that she had created uncontrolled technology, had feelings, and could work alone without being programmed. This technological severity made Evelyn want to turn it off. Evelyn brings a virus inside her that was created by Max and the virus finally turns off PINN and kills Evelyn at the same time.

PINN technology designed by Dr Will and Evelyn has intelligence that surpasses the human brain. Initially the PINN was designed to identify all human diseases and cure them. The PINN was also able to transfer thoughts,experiences,and human consciousness into the computer.The Point is being Artificial Intelligence (AI) PINN was created to help human activities,starting from the smallest problems to problems that had never been imagined could be done and overcome by technology.

PINN  can heal other people who are blind,lame,seriously injured,and restore damaged buildings in a short time . Not only that, PINN can obtain all the data around the world .PINN can access the internet easily and out of control , PINN able to get a person's data quickly and accurately.It was proven when PINN looked for the data of people who are members of RIFT. Another extraordinary thing that PINN can  "create" a new human.PINN succeeded in creating a fake Dr.Will.