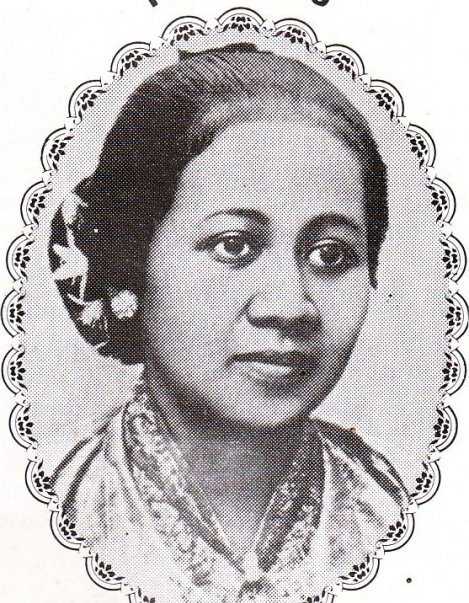 Kartini is known as the pioneer of the revival of the indigenous women. In the era of Kartini, the late 19th century to early 20th century, women of this country have not gained the freedom in various things.

On April 21, 1879, Kartini actually really wanted to get the higher education, but as a habit in that time, she was not allowed by her parents. She only got education until primary school level.

Finish E.L.S (European Lagere School), Kartini was secluded (in Indonesian called as dipingit) as customs that prevail in her birthplace where after woman graduated at the elementary school, the girls must undergo a period of seclusion until it is time to get married.

At home, When times hard to fight for women, Kartini still took time to correspondence with her friends in Netherland. Then, Kartini began to be interested in the mindset of European women. She thought to try to promote indigenous women because in her mind the position of indigenous women is still lagging far behind.

She revealed in writing that there are many obstacles faced by indigenous women especially in Java in order to be more advanced. Kartini wrote the sufferings of women in Java as to be secluded (in Indonesian called as dipingit), not free to study, and the existence of traditions that curb the freedom of women. J. H Abendanon a minister of culture at the time finally collected letters ever written Kartini.

The famous of letters from R.A Kartini entitled "Door Duistermis tox Licht, (Habis Gelap Terbitlah Terang). That collection of letters proves how much the desire of Kartini to release her people from the cultural discrimination at that time. Kartini's struggle is not only written on paper but proved by establishing a free school for girls in Jepara. The school taught sewing lessons, embroidering, cooking, and so on. Everything it gives without charging or free.

For the sake of her noble ideals, Kartini planned to attend the Teacher School in the Netherlands with the intention that she could become a better educator.

Scholarship from the Dutch Government has been obtained, but the desire is not achieved because of her parents. In order to prevent her departure, her parents forced him to marry at that time with Raden Adipati Joyoningrat, a Regent in Rembang.

Many obstacles do not dampen the spirit, even marriage though. After marriage on November 12, 1903, he still set up a school in Rembang besides the school in Jepara. For women, with the initial effort from Kartini, now women of this country have enjoyed equality of rights.