"Identification for Sharks and Rays Species in Trade and Traceability" 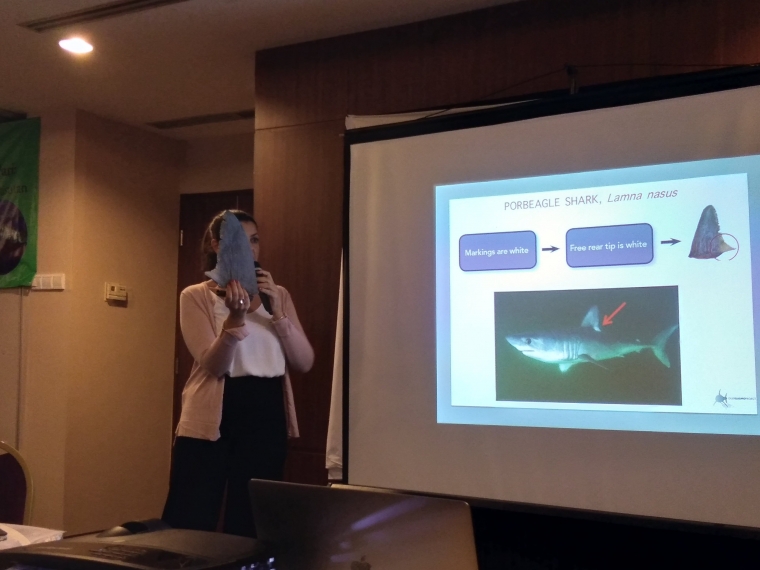 In November 27th-29th 2018, Wildlife Conservation Society (WCS) and Directorate General for Marine Section Management, Ministry of Marine and Fisheries Indonesia in had presented a workshop called 'Technical Guidance of CITES Implementation for Sharks and Rays: Species Identification Technique for Trade and It's Traceability', located in Muara Baru, North Jakarta.

The participants were from some local coastal management offices in Indonesia and airport Customs and Excise who work directly involve in the field for tracing the chain of sharks and rays trade, Eijkman Institute, and universities (UI, IPB, and Universitas Hasanuddin), and others.

Based on CITES, since February 2003 sharks and rays already included in Appendix II, so that the species are not necessarily closed to extinction, but the trade is controlled to avoid utilization incompatible with their survival. As of October 2016, twelve species of sharks and all manta and devil rays are included in Appendix II, and only all species of sawfishes are in Appendix I because threatened with extinction so it prohibits for international trade.

The other experts are Adeline Seah, Ph. D from WCS and Diego Cardenosa M. Sc. From Stony Brook University, who gave information and DNA technique demonstration to do identification in the field with simple tools. And last but not least, Stan Shea from Bloom Association Hong Kong also participated as one of interviewees who explained about shark trade because mostly the traceability was export to Hong Kong.

As part of the training, the participants went to the export company warehouse in Muara Baru, Jakarta. They were shown of thousand pieces of shark fins and chunks as the products in the warehouse which ready to export abroad like Hong Kong, China, Malaysia, and Thailand. The challenging time was when the participants surveyed the -20C freezer and tried to identify pieces of shark because almost all of them are headless! And some of them also finless.

They showed the simple methods as everyone could do in the field with their tools. Diego showed the some species from some samples by using specific E1 Clip tip pipettes then he did PCR to recognize the DNA samples, meanwhile Adeline used her simple mobile quantitative PCR tool which look like a hand phone to make sure the identification of DNA samples.

From this training, the participants be expected could do identify the sharks and rays by visually or molecular directly in the field like Adeline and Diego had been shown. There could be also some researches between the institutions from the participants to do implementation of the regulation of the trade and conservation to keep sustainable.