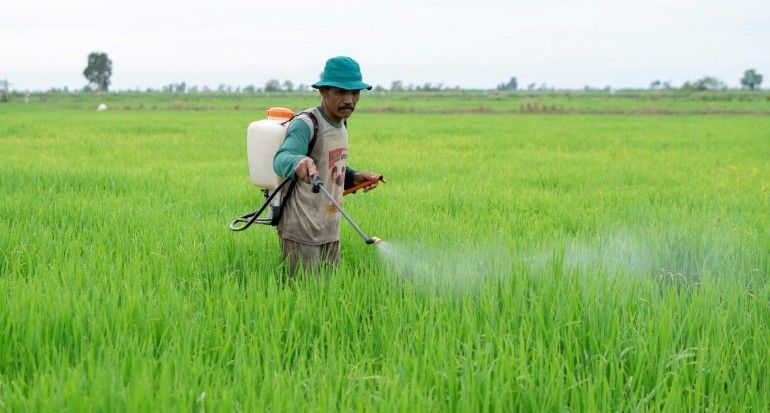 The biggest challenges agriculture sectors during COVID-19 pandemic could be in the form of obtaining inputs and distributing outputs (Pic: tabloidsinartani.com).

COVID-19 pandemic which is originally a health related problem has also became major social and economic problems. With some areas are currently under Pembatasan sosial berskala besar (PSBB) and social distancing protocols are in almost everywhere else, efforts to stop the pandemic has also put many sectors and industries in Indonesia into halt for unforeseeable future.

Until now, disruption on agriculture outputs by social distancing protocols has not widespread in Indonesia. Most planting areas continue to harvest as scheduled, even there are reports of rice surplus in regions such as Java, Riau, and West Borneo. However, we must understand that the good harvest we get today were planted and grown several months before social distancing protocols were enacted. The real challenge for agriculture sectors during this pandemic will take place next planting season, especially if prolonged social distancing is still in effect.

To meet demand from fast growing world population, agriculture has also been grown into very large and complex industry which uses large area, employs big workforce and involves input from other industries. At current pandemic situation, the size of planting and farming area is not a big concern since there is no immediate need for large new areas opening.

So is not the needed labor, with many workers are currently unemployed. Government decision to let migrant workers and those that lost job at factories to go back to their village to help protecting national food security is excellent. These workers can temporary provide unskilled labors for agriculture sectors. So, the biggest obstacle to produce high agriculture output could be in the form of obtaining inputs (such as fertilizers, pesticides, seeds) and output (products) distribution.

Many people probably do not realized that agriculture is not kind of industry that can be put into halt at any time when facing obstacle then to be continued at more favorable time. It is different than automotive or electronics production which can be put into halt immediately, in case of lack of components, just to be continued without much damaging the outputs when the required components are acquired.

In agriculture, once planting started, it is expected to go on without pause until harvest. To make it worse, agriculture industry is very slow to produce its output. The production of many staple foods take months even years. Rice, corn, wheat, potatoes, just for example, take 3-6 months until harvest. The same also true in animals farming.

During this lengthy production time, all necessary inputs should be available at correct time and amount, otherwise plants and farm animals will not grow well. Fertilizers, which could be of different types, should be given on time at certain plant growth stages. Pesticides are necessary to continuously maintain low number of pests and pathogens.

Furthermore, a larger amount of pesticides and animal medicines need to be quickly made available during heavy pest infestation or diseases outbreak. Most farmers also do not produce seeds for next planting season, instead they rely on hybrid seeds from seed companies which are cheaper and better in quality. To produce a big amount of high quality seeds with little variations among them itself is a very long and laborious process.

Companies that produce fertilizers, pesticides, animal foods and medicines, and plant seeds in turn rely on other industries which mainly provide chemical components for their products. Some of these chemicals are not produced in Indonesia and should be imported from other countries. Of course, it can be expected that there will be shortage of these chemicals when factories are closed during social distancing protocols.