Love and Hate Relationship with Kompasiana 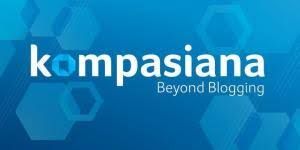 First of all, let me congratulate Kompasiana for reaching 12 years old! Wow, what an achievement.

Happy belated birthday Kompasiana, forgive me for this late message lol. I couldn't post this yesterday because I have already posted 3 articles, so I thought it might be inappropriate to post another article.

To be honest, I don't actually plan to create a special article for Kompasiana for their birthday like other friends of mine in Kompasiana. However, any ideas and thoughts about it just running around in my head, wants to be changed into words, and here we go, this article is created.

I think it might be better to start my article with my pleasant experience here in Kompasiana. There is a lot actually which makes me hard on which one to start with.

One of the best feelings I got from writing in Kompasiana is actually when I got praised by my lecturers, girlfriend, families, and my colleagues.

Most of them said they are proud of me, some of them giving their feedback towards my article, and some even makes me their role model. I mean, being called as a role model by my friend is like, you are getting splashed by money. It's pure happiness.

Writing in Kompasiana also enabled my articles to be the top of the Google search engine or as we usually called Top of the SEO (Search Engine Optimization). For example, if you search "JD Union" on Google, then my article would be the first one appeared in your search. Another example especially for One Piece lovers, if you guys type "Duel Shanks dan Kurohige" then my article would also appear at the very top of your screen. That is one of the best feelings when you write an article, for sure.

Moreover, Kompasiana also introduced me to several people I thought is amazing. Mr. Tjiptadinata and Mrs. Roselina were the two big names in Kompasiana that I respect the most. Mr. Dua Sisi (Ridwan Ali), Ms. Lusy Mariana Pasaribu and Ms. Fatmi Sunarya were some poets that their masterpiece I constantly read. For political article, Mr. Elang Salamina has always inspired me with his highly-viewed articles.

Maybe there are still big names out here in Kompasiana, but I just do not know all of them just yet. Yep, because this is only my third month being here in Kompasiana. But for now, those name mentioned above were some that I reckon was great.

Now we are getting into the unpleasant part of the article. To be honest, I thought Kompasiana support English-based articles judging by its tagline "Beyond Blogging". In fact, the reality was not as beautiful as the dream, English-based articles were struggling here even just to get the "Highlight" label. I would be surprised tho if there are any of the English articles getting into the Headline.