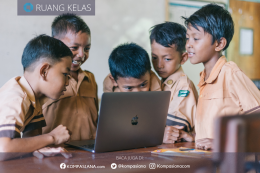 Alun-Alun Batu has been established since 1982. Prior to that year, Alun-Alun Batu was a market in Batu sub-district, and still had the status of a sub-district because it was under the auspices of Malang Regency. Initially the name was not  Alun-Alun Batu, but the fountain circle. In 1993-1994, Alun-Alun Batu underwent an overhaul. Malang regency government built an apple monument with a larger size. Then the entire Batu Square was built a garden.

We can also buy souvenirs there. There are some typical foods from Alun-Alun Batu, such as apple chips, jackfruit, Nandhi Murni milk. Besides that there also sells many accessories, such as necklaces, bracelets, hats, glasses, and others. There are also those who sell t-shirts, rabbits, hamsters.

Nowadays, the Alun-Alun Batu is getting better and attracts the attention of many tourists. There we can find a lot of  food for sale. While visiting there we can also ride a Ferris wheel, scooter, wagon, train, and many others. The price for the rides is also very cheap.

During the day, Alun-Alun Batu is not too crowded. But at night the square starts to get crowded. This may be due to the cold atmosphere at night.  There's a lot of lights  which makes the Alun-Alun Batu even more interesting. And at night too, more and more food is sold. Not only main course but there are also many snacks such as corndogs, sticky rice, tornado potatoes and so on. The price is also not too expensive. At night, we can also ride a car decorated with lights, trains, and others. We can also take pictures with ghosts, such as pocong, kuntilanak. And we can also take pictures with transformers, and puppets. We can also find owls. 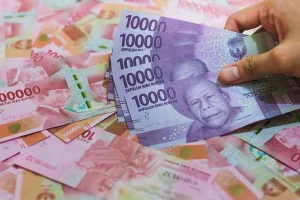