A student majoring in International Relations at the University of Singaperbangsa Karawang. Teaching nursing vocational schools made him interested in health issues. But on the other hand he loves literature and wants to bring that interest to writing publications. Being in the Faculty of Social and Political Sciences makes him have to think critically and be good at giving responses, especially in writing.

US-China Competing to Grip The World, Is There A Cold Wang Going On? 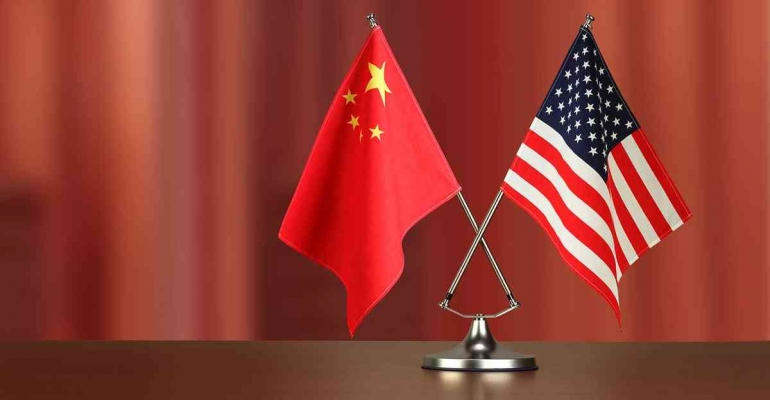 China is indeed pursuing its ambition to occupy the position of the country with the largest economy in the world. Even the war with the US has been seen for the last two years. Many economists project that this panda country will beat the United States (US).

It is not without reason that this prediction was issued because China is considered successful in tackling the Covid-19 pandemic with better handling than the US. Economists were so shocked by China's rapidly increasing integration that it was even called a "supply shock".

In 2005 China became a net exporter of steel for the first time and has since become the world's largest exporter. As of 2011, the number of containers used by exports and imports from China more than tripled to 129 million, while about half of the containers entering China were empty, meaning that most of these containers were used for Chinese exports.

It didn't stop there, then in 2012 the country's steel production jumped to around 700 million tons, and in 2020 it exploded to 1 billion tons. Therefore, 57% of world production comes from China and China produces more steel than any other country. Likewise ceramic tiles, electronics, clothing, toys, furniture, and other industrial goods. This certainly makes the Bamboo Curtain Country one of the most influential and dominant countries in the current global supply chain.

After excellent exports, China is strengthening energy security for the future.

According to Blacklight Research, China's crude oil imports for the first time have surpassed the United States (US). This situation is considered the peak of changes in world oil circulation.

On the other hand, this situation can be an indicator of China's increasing economic strength. As the world's largest oil importer, China influences circulation and determines world oil prices. China has overtaken the United States as the largest importer China has overtaken China as the largest consumer of almost all commodities, including coal, iron ore, and almost all metals.

Quoted from CNBC Indonesia, an economist named Morgan Stanley, in one of his reports said that China can achieve its target if it facilitates the movement of companies and workers which will have an impact on increasing productivity and industrial synergies.