Sarah Silvia Mohon Tunggu... A writer, marketer, and a friend.

Have so many thoughts on mind and love to read stuffs, therefore I also love to write and hope I could inspire people through writings. Movie, food, marketing and travel enthusiast. Catch me on Instagram @sarahsilvias, Twitter @sarahsilvia, or listen to Podcast Pasaran on Spotify and others. 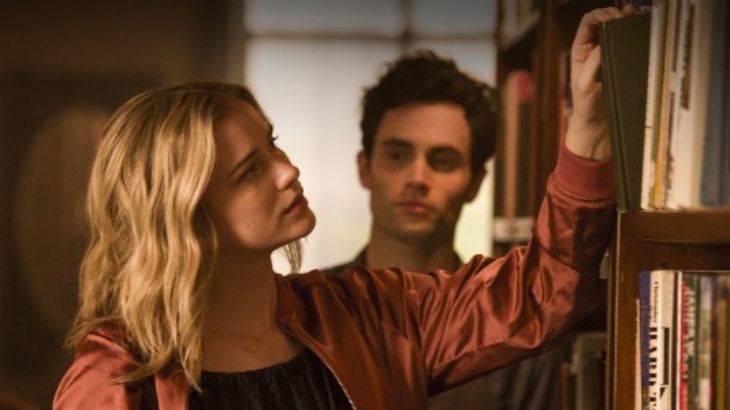 No. I will not watch You Season 2

'You' Season 1 starring Penn Badgley as Joe Goldberg, and Elizabeth Lail as Guinevere Beck. At first, it was seemingly like a typical love story, boy meets girl, the girl is attractive, the boy fell in love, and then it went far to the stalking and several murders happened. Yup, you ain't watching a romance genre series, it's a psychological-thriller series, and beware: it may screw your mind.

Why, you may ask? Am I being over-dramatic? Maybe, but here's why...

It all started with an innocent visit to a book store

by Guinevere Beck, or (only) Beck, for the rest of the series. Beck came to this not-suspicious-at-all book store, strolling around and then met Joe. She asked him about the book she wanted to buy and gave him a super friendly (and kinda flirty?) gesture. Gurrrl, if only she knew that was the beginning of the end.

Ok, so let's discuss this from the beginning. Meet Beck, an aspiring writer that apparently does more partying and random hookup than writing that lived in New York. One day, she came to the bookstore where Joe working as a Bookstore Manager and met him there for the first time. After a little chit-chat, Beck paid the book with credit card that had her name on it, and left -- unknowingly that she just gave Joe her personal information. Later on, Joe became interested in knowing Beck more and started to look her up in social media. As if he's not satisfied of the information he got online, he actually stalked her doing yoga classes, meet her thesis advisor, and even when Beck was having her ladies night out (ugh, creepy stalker: mode on).

So later on, Joe learned that Beck has a boyfriend, named Benji. Benji potrayed as a basic f -- boy that ran bottled soda business. One day, Joe stalked Beck to her poetry night out (?) in a bar, where she performed her poet in front of her friends and the rest of the visitor, expecting Benji came but he bailed out (because, f -- boy, what did u expect girl?). Anyway, Beck was brokenhearted, drunk, crying, and fell off the train station peron. Joe, who stalked her all night long, had no choice but to save her from the incoming train. Beck met Joe once again, had little chit chat in the cab, exchange email because her phone went missing (basically Joe stole it, yup, bare with me) and they met Benji who waiting for Beck outside of her apartment, and showed very minimum sympathy knowing that his girlfriend almost die in the peron.

We're coming to the ugh part.

Joe thinks that he could save Beck's life and turned her life better, without her toxic surroundings. Started with Benji, Joe knocked Benji's head with a hammer and locked him in the bookstore basement. After he finds a lot of useful information, he killed him. By the way, Joe tweeted stuffs from Benji's phone so people think that Benji's alive and safe somewhere, and he accessed Beck's phone as well, reading all of the chats and personal information she had. After Benji died (Beck thought that Benji ghosted her -- how ironic), she moved on and started to date Joe. And then, met Peach, Beck's best friend who is super rich and smart. Besides the fact that she secretly loves Beck, she already smells something fishy about Joe since the very beginning, making Joe and Peach being Tom and Jerry for several episodes. Joe stalked and finally attacked her -- attempt to murder her, but failed at first, and then he finally killed her and framed it as a suicide case.