Hi guys, my name is Samuel. I am a student from Sekolah Victory Plus. I hope that you are interested in my writings.

Renewable Energy: The Key to a Better Future Discovering the effective use of renewable energy is important in developing a sustainable economy and environment in Indonesia.

The world we know and love is dying, or should I say it’s already dead. This might be a cliché but it’s the truth. This is caused primarily by pollution. This pollution causes the drastic increase of global temperature, melting of polar ice caps and destruction of habitats, environments, and biomes. One of the main contributors to pollution is the consumption and production of energy.

Energy is needed by everyone in the world. The production and distribution of energy is also one of the biggest contributors to the global economy. All production and distribution of goods require electricity. Without electricity, no company would function properly. Let’s look at Apple, the company not the fruit. As reported by Apple, as of September 2019, Apple has a total revenue of around $64 billion. To achieve this, Statista (2019) mentioned that Apple consumes around 2.18 billion kilowatts of electricity.

Most energy that is produced and distributed comes in the form of electricity. Electricity can be generated in many ways, the most common using fossil fuels or petroleum. According to the U.S. Energy Information Administration (2018) in 2018 65% of total electricity generation in the United States involves the burning of fossil fuels, biomass, and industrial waste. The burning of said materials releases harmful chemicals such as Carbon dioxide, Carbon monoxide, and Sulfur dioxide. All of these chemicals are not only released by one country. There are hundreds of countries that still rely on nonrenewable energy sources for electricity. Among the countries that rely on the burning of fossil fuels for electricity generation in Indonesia.

As stated by Nurmayanti (2019), one of the biggest contributors to the production of electricity in Indonesia is the Paiton Power Plant. This power plant uses fossil fuels to generate electricity. This power plant has a total capacity of 4600 Mega Watts. Furthermore, according to Kompas (2009), Indonesia also has a program called “Program PLTU 10.000 MW.” This program involves the construction of 35 more fossil fuel-based power plants all over Indonesia. These power plants are planned to have a capacity of 10000 Mega Watts (MW). The construction of these power plants further emphasizes the dependence of our society on fossil fuel-based electricity generation. This dependence on fossil fuels is terrible and goes against the goal of creating a sustainable economy and environment.

However, there are other ways to generate electricity. Such as using hydropower and wind power, instead of relying on the burning of fossil fuels. These alternatives are key to a better and more sustainable environment, economy, and society. 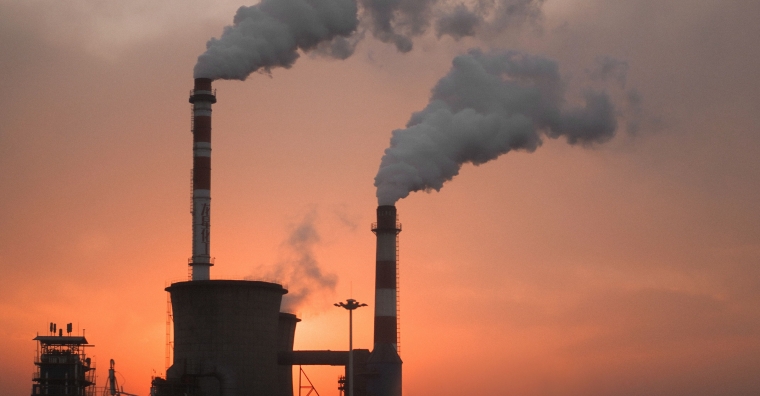 Photo by Alexander Tsang
As stated above, the use of fossil fuels for electricity generation has terrible consequences for the environment. The burning of fossil fuels releases harmful chemicals such as Carbon dioxide, Carbon monoxide, and Sulfur dioxide. These chemicals have a devastating impact on the environment. These chemicals cause many problems, including the most significant impacts, namely global warming, climate change, and the increase of respiratory diseases which could lead to death.

An observation by NASA (2015) reported that the average global temperature on Earth has increased by about 0.8° Celsius since 1880, with a rate of roughly 0.15-0.2º Celsius. This might look or sound small, but the slightest change in global temperature leads to disastrous effects. These effects include forest fires, droughts, unexpected weather patterns, and worst of all, climate change.