“You learn something every day if you pay attention” 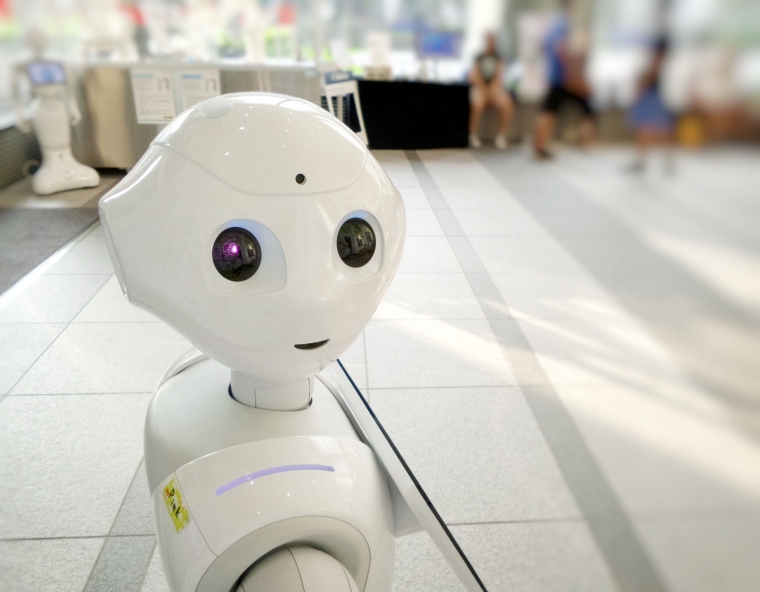 Photo by Franck V. on Unsplash

From More than 50 years, starting from middle 20th Century up to now, the scientist, especially for those who involved in the development of technology study, already make a big leap in term of creating a new technology called Robot. A robot is a machine that can carry out a complex series of actions automatically; it can be constructed to perform a human task.

Nowadays, Robots can do some particular jobs that cannot be done by a human, especially in a dangerous place such as to detect the hidden bomb on the battlefield.

For the Indonesia case, in order to combat the terrorist, Indonesian scientist creates MOROLIPI, a robot that can detect a bomb. This robot can detect and defuse it without any direct help from the human.

Furthermore, Robots can also do clerical jobs, assembly-line jobs, and any other jobs that most likely can be taken automatically. There are some big issues comes up related to the development of robots technology, whether are the robots friends or enemy to human beings? Will robots change humans? Or in the contrary, do humans need to change their behavior so it resembles Robots?.

The term Robot was first used in 1920 to denote a fictional humanoid in a science fiction play written by Czech Person Karel Capek.

"Electronics evolved into the driving force of development with the advent of the first electronic autonomous robots created by William Grey Walter in Bristol, England in 1948, as well as Computer Numerical Control (CNC) machine tools in the late 1940s by John T. Parsons and Frank L. Stulen. The first commercial, digital and programmable robot was built by George Devol in 1954 and was named the Unimate.

It was sold to General Motors in 1961 where it was used to lift pieces of hot metal from die casting machines at the Inland Fisher Guide Plant in the West Trenton section of Ewing Township, New Jersey. ( George C. Devol, Inventor of Robot Arm, Dies at 99", The New York Times, August 15, 2011)".

Now and for the future development, one of the branches of this study called Artificial Intelligence (AI) become trends and goals for any researchers. As IBM report said that, robots are becoming smarter than people cause this AI, they also can minimize the mistake, and more importantly, they never get bored!.

In the last century, we could not imagine that a car can be operated and walk normally on the street without using a driver, but now, many transportation companies already implemented it in their daily business. We also will never imagine that we can speak to our mobile phone and give them the order to do our daily activities such as write an appointment, find the movie ticket or just simply to know the weather forecast.

According to the McKinsey report, there are 45% of the jobs that people are paid to perform today could be automated by adopting AI. For example in Indonesia; this situation already happened especially in relation to the labor supply in the banking sector.

In 2017, there were 3 private banks in Indonesia report that, their staff number becoming decrease because they prefer to use AI rather than human. Thus, from an economic perspective, if this situation keeps continuing, it can increase the unemployment rate in Indonesia and might harmful to economic growth.