Free trade era brings a lot of hopes and chance for business in spreading their goods and services. As we living in an imperfect world, no matter how perfect our business system or procedure is, still at some moment there will be un-maximum execution in fields. This inadequate execution often cause losses for sufferer/plaintiff that makes them has legal rights to sue their opposite party which might be some of them domicile in Indonesia. It means such Defendant domicile in Indonesia will have to attend court hearing outside Indonesia.

Since there is no standardization based on international law instrument with regards to bilateral court summons yet, it raises question for foreign country to summons Indonesian defendant (both person or company) to inform them to attend their court hearing. This vacuum of regulation leave the sender and receiver of Letter Rogatory in confusion since there are no standards of formally fulfill or not regarding the delivery process.

This joint paper aims to bring a trigger and attention to International world that it is urgent for us to have an International Law Instrument regarding the standard law procedure of bilateral court summons. This is important so it brings certainty for all justice seeker and legal practitioner for the sake of case examination smooth process. Since if the parties does not receive the court summons will cause long term effect for the case.

US REGULATION ON DELIVERY OF LETTER ROGATORYS (SUMMONS) OF FOREIGN COURT

In all civil cases originating in an American court, the end game for a Plaintiff (otherwise known as a Claimant) is usually the same: to be able to lawfully enforce a court's judgment for money against a Defendant. In order to reach this end result, we first have to take a step back to the inception of a civil case and ask this question: "Does this court have jurisdiction over the Defendant?" As it specifically relates to this article, one of the fundamental steps in establishing jurisdiction is serving the Defendant with process. In most cases involving U.S. citizens and/or U.S. companies, service of process is generally straight forward and easily obtained. In some cases; however, a Plaintiff may want to name a foreign person or entity located overseas as a defendant in the lawsuit. Serving a foreign defendant is not as straightforward as it often involves competing foreign laws or multinational treaties. Several countries, including the U.S., are signatories to the Convention on the Service Abroad of Judicial and Extrajudicial Documents in Civil or Commercial Matters, more commonly called the Hague Service Convention (Hague Convention). The Hague Convention is a multinational treaty which provides a uniform procedure for signatories of the treaty in connection with serving foreign defendants. This begs the question, how do you serve a foreign defendant located in a country which is not a signatory to the Hague Convention? After all, proper service of process is a necessary requirement to secure jurisdiction over a foreign defendant. This article will explore the procedures for service of process between the United States and Indonesia. 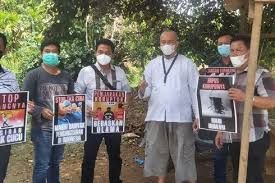 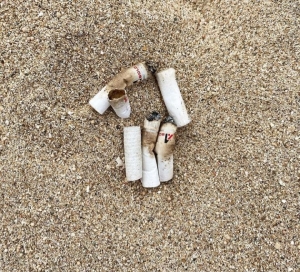