Snowden (2016): The Antagonist Role of Technology 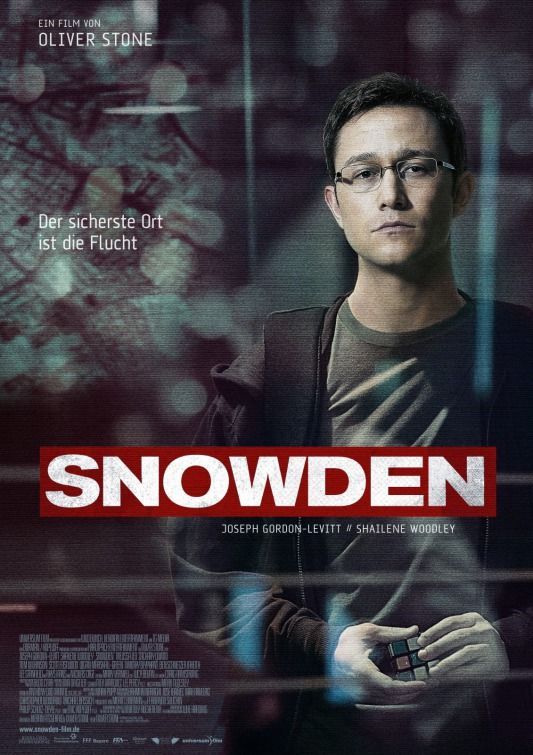 For those who don't know, Snowden is a hacker-themed crime drama biographical film based on a true story that happened in 2013, directed by Oliver Stone and written by Stone with Kieran Fitzgerald. This film was released in 2016 which is adapted from the books The Snowden Files (2014) by Luke Harding and Time of the Octopus (2015) by Anatoly Kucherena.

This film tells the story of Edward Joseph Snowden who does not graduate from high school and continues as an army soldier to serve his country, the United States. However, the unexpected thing happened, Snowden fell from his bed and broke his bones so that he could not continue his military education career.

Because of his love for the country, he joined the CIA (Central Intelligence Agency) and NSA (National Security Agency), then became the best student during his training at The Hill by making cyber attacks very quickly for 38 minutes, while the average time needed is 5 hours.

However, when Snowden worked in Geneva, Switzerland, he felt that there was a system that made it easier for someone to get personal personal information in detail. Then he was reassigned to the NSA in Hawaii. From here he worked to spy on China which was considered an enemy of the US and here he also learned that the NSA was tracking all cellphones in the world.

Again, he discovers that his boss a senior consultant, Corbin O'Brian,  knows about Snowden's love affair with his girlfriend, Lindsay, even though Snowden has never told anyone his love story. So, Snowden chose to leave his job and ventured to publicize the actions of the CIA and NSA which were considered unprofessional and break the law.

After the news was broadcast through the news media, The Guardian, Snowden was considered a spy and traitor to his own country, but on the other hand he was supported by residents outside the United States, such as Russia, Hong Kong and Japan. But after that, he stay at Russia for 3 years to hide from the world.

So, what we can learn about technological advances?

Technological advances are not only properly and properly treated. Sometimes the use of technology is needed for state institutions to ensure the level of security of state assets, but is the security level of technology users safe?.

From this film we can learn that even advanced technology has an antagonistic role because it is important and can be used in all aspects, even sophisticated technology can be used to hack or retrieve personal data.

So, besides making technological advances easier and positive for the country, where there are advantages, there must be drawbacks. Sometimes it is not the application of the technology that is wrong, but the users of the technology are arbitrary and break the rules and privacy of society.