The Paradox of Resillience: A Contemplation of Asia's World City 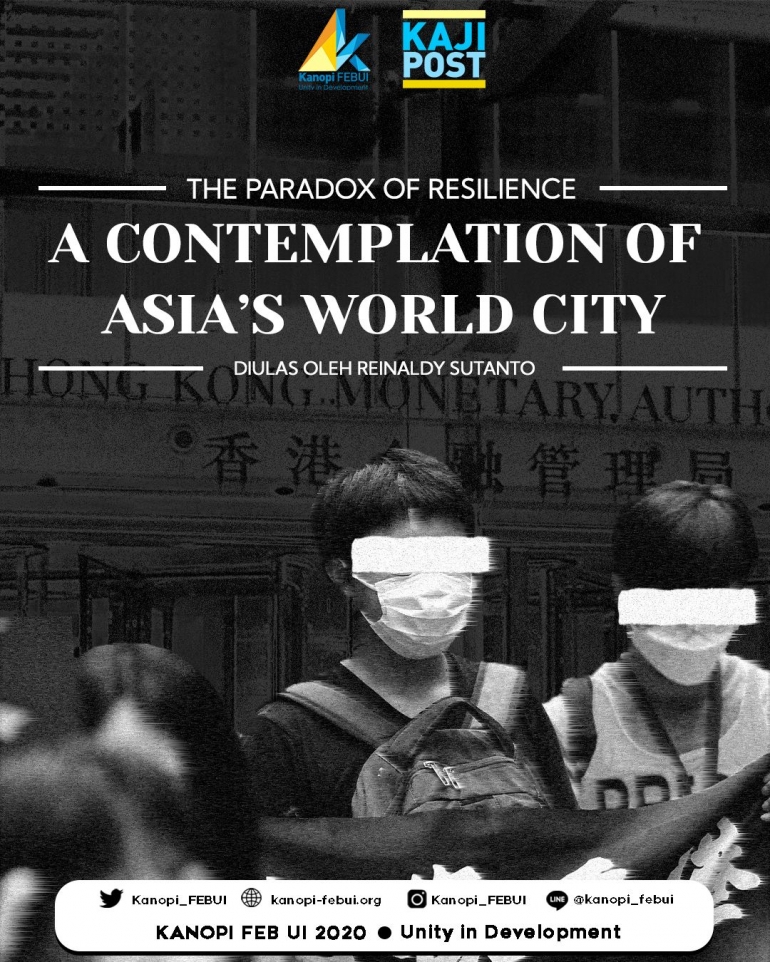 The last two years have probably been one of the most catastrophic times for Hong Kong. Directly spurred by the extradition bill in April 2019, people have come into the street begging for democracy. The government afterward has responded in a way that becomes a regular practice in most countries, oppressing protesters. To put in context, the arrest of Tony Chung, who is a former leader of Studentlocalism, is a must to see. It was considered as an act of oppositions' rescindment.

The outrage for a relatively long time has fairly caused disruptions in many aspects, including social and economic. While it's unerring that Hong Kong's GDP contracted in the full year of 2019, the IMF commended the financial resilience that Hong Kong maintained in the middle of social unrest. Thus one thing remains a mystery; Why such social unrest didn't impact relatively hard on Hong Kong's financial sector?

A Deep Learning of The Past

Well, Hong Kong learned so much from its post-Asian Financial Crisis experience. Burdened by fiscal deficits in the late 1990s and early 2000s, the government since then has pursued a balanced budget principle to keep all things under control.

Source: IMF (2019)
As we can see in figure 1, what Hong Kong has pursued for decades has resulted as it already expected. The country has had a surplus status of its budget since 2004. Moreover, it has an accumulation of fiscal reserves at around 40% of GDP and foreign exchange reserves at around 120% of GDP.
Konten Terkait

Not only fiscal management, but the monetary sector was also admired because of its solidity. One of the reasons came from a system under the name of the Linked Exchange Rate System (LERS), which has been applied up till now since 1983. That system was countenanced as the anchor of financial stability while the country was getting hit by the Asian Financial Crisis in 1997 and the Global Financial Crisis in 2008. So, by looking at the status quo, one can assume that it has a strong buffer against external shocks, especially caused by rising riots.

Talking about a country in Asia and its economy feels incomplete if we don't discuss its spirit too. Now, let's start with the following statement by Edward Yau, Hong Kong's secretary of Commerce. He said that the National Security Law (NSL) would boost the country's status as a global financial hub. To embroider his argument, he mentioned that the capital inflow had reached 80 billion USD since April 2020, along with the implementation of NSL in June at the same year. So where is that spirit we've been searching for?

If we are careful enough, it seems that the government has once again adopted a famous Zeitgeist, the so-called "Asian values". That one of political ideas is culturally based on Confucianism, with its popular phrase is more or less going to be like this, "Put aside your interests for the sake of the community!" This term was also popularized by Lee Kuan Yew, the founding father of Singapore, and Mahathir Mohamad, the former prime minister of Malaysia. In Lee's view, a paternalistic government is a necessary measure for economic growth (Barr, 2000).

Although that idea sounds quite promising, a long time before that, Max Weber once said that Confucian-based culture discouraged all attributes needed for economic success. But, for sure, it was refuted by the emergence of East Asian Economies from 1960s to 1990s. According to Liang (2010), education and family kinship, two of which are associated with Confucianism, became leading factors of the renowned East Asian miracle. As the former improvement led to lower costs of technology adoption, the latter encouraged higher saving rates, and finally led to higher capital accumulation.