The Economics of Empathy 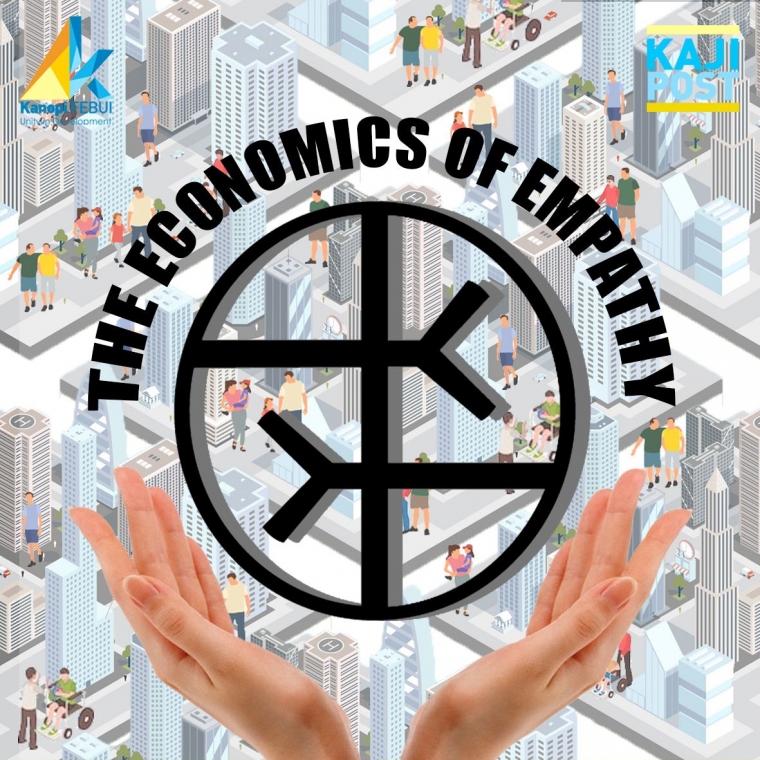 "It is not from the benevolence of the butcher, or the baker, that we can expect our dinner but from their regard to their own self-interest." -- Adam Smith, 1776.

It has never been a secret, as mentioned in the quote above, that people make decisions mainly based on their own self-interest -- they tend to choose something that will give them a substantial amount of benefit which will quench their thirst for self-fulfillment. But, humans also have this side of the mental force that makes them realize the value of others, especially in terms of seeing the world in other people's perspective, which is called as empathy.

Empathy is considered to be one of the most important soft skills, especially in top/leading position, as empathy is related to the ability of one person to be able to care for others. In Decety and Lamm's perception (2006), they address empathy in a rather more romantic way in which the experience of empathy is that individuals need to be able to disentangle their own feelings from those of others and the purpose of empathy itself is to soothe the distress of others through compassionate acts, such as helping act.

Although empathy is considered as an act of virtue that will more likely bring more goodness towards the society, especially in terms of economy, it still however raises other questions that put our mind into pondering about the authenticity of the original word of 'empathy' with empathy that we associate with economics since the standard conception of economic agent is seen as a self-interested individual -- that state of mind leads us as well to questions several things such as: does empathy really induce prosocial act from economic agents? Or is it a mere tendency that heavily relies on a specific condition or dependent towards certain context?

Before we jump in more deeply in discussing about empathy in economics, it's better for us to make clear distinctions between sympathy and empathy as it sometimes can be used interchangeably. Sympathy associates more with the feeling of having concern towards others' condition and sometimes it is considered as a negative emotion since sympathetic feelings are common with the feelings of pity.

On the other side, empathy associates with our nature that put ourselves in the condition of others -- or in other words, trying to put yourself in other people's shoes. Empathy is a feeling that already pass the idea of only having concern towards other people's condition. It has reached the extent of having shared experience where it touches more certain aspect of your life with the others that can trigger you to give immediate response to the specific situation.

In the history of economics, the term empathy is used more as it has been mentioned in one of Adam Smith's opus titled Theory of Moral Sentiments in which he underlined the fact that having empathy is about coming to understand others' inner life by imagining their position in particular circumstances.

The Findings of Empathy in Economics

In economics, the talks about empathy seem to be diminishing a lot since in this century economics  has been formalized in a sense that we focus too much on, for example, finding how to maximize anonymous individual's utility and observing interactions that happen in the market. We hardly have a place to talk about the idea of putting those individual's self into others' place which makes the idea of empathy is missing.

However recently, empathy seems to be 'awaken' again in economics' literature through development that arises within specific economics areas that make the idea of having empathy becomes central.