The Urgency of Issuing a Central Bank Digital Currency 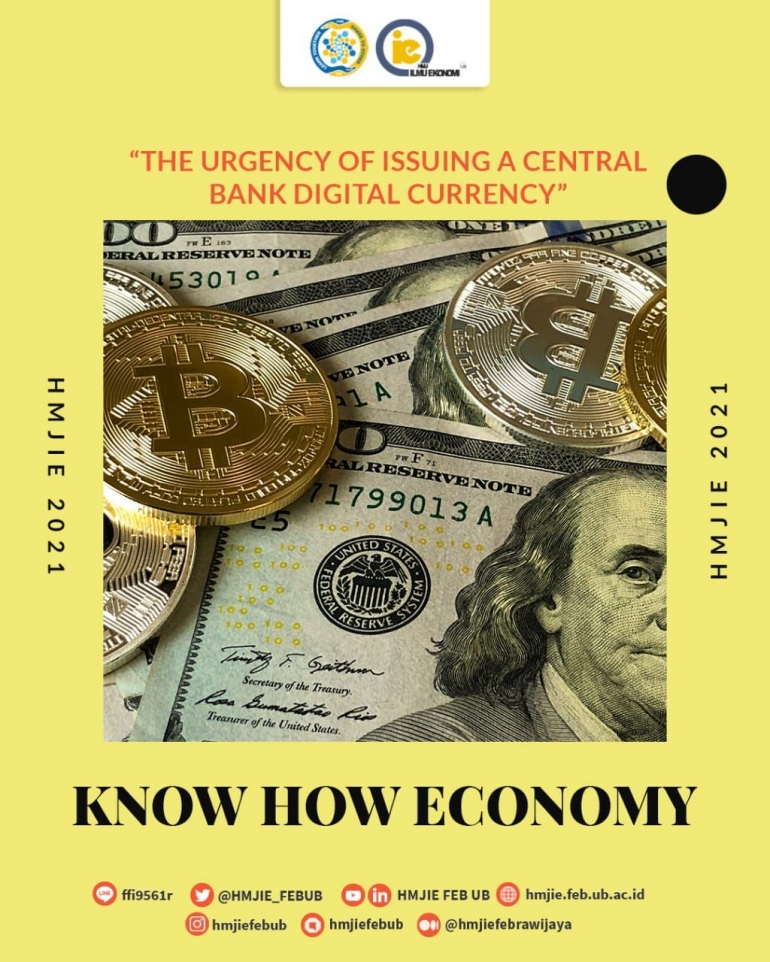 Cryptocurrency, in general, is a digital currency that is systemized as a form of media for transactions carried out by the public. Cryptocurrency is a currency that was born from a cryptographic system with the aim of securing decentralized financial transactions between peer to peer. Cryptocurency cannot be separated from the background of the birth of blockchain technology.

Blockchain itself can be understood as an innovative digital ledger (database) that is duplicated and distributed across a network of computer systems, so that this system is able to allow several people to be involved in a transaction. This is because blockchain is able to provide a decentralized system with a verification system based on trust between the parties involved by involving the art of cryptography to encrypt transaction data as a form of verification and securing transactions from outside parties. From this system, various forms of currency can be born that are deemed reliable as a medium of exchange by the party conducting the transaction.

One of the cryptocurrencies that is well known to the public is Bitcoin. Bitcoin is the first currency born from the blockchain system. Bitcoin and blockchain were discovered by a character named 'Satoshi Nakamoto'. The existence of Bitcoin, which is known as digital gold, its circulation system can be likened to the discovery of gold which is distributed in the form of money as a medium of exchange, a unit of calculation, and a store of value.

According to an analyst, Desjardins, in 2017, the market capitalization of Bitcoin, as a representative of cryptocurrency, its capitalization peak had reached 100 million USD, which is about 1.3% of the total world cash circulation (7.6 trillion USD), and amounting to less than 1.3% of the world's gold reserves (USD 7.7 trillion).

There are three methods of working stablecoins in maintaining their value, one of which is supported by fiat money, supported by cryptocurrency, and algorithmic. One of these interesting methods is algorithmic, where the level of coin distribution is maintained by an algorithmic system and is based on supply-demand analysis that occurs in the market, this is similar to the central bank's monetary policy in managing the circulation of money in society, but in a digital form.

The main focus of Stablecoin at this time is that it can be adopted as a payment medium for online transactions (e-commerce), peer to peer payments, and payments with small nominal values (micropayments). With the decentralized system of the cryptocurrency system and the stability of the value provided, stablecoins provide an overview of the weaknesses of other volatile cryptocurrencies, so that the three main functions of money can be achieved and can provide a new opportunity for stablecoins to be accepted in society as payment medium. Based on data from BIS (Bank for International Settlements), there was a significant increase in the market capitalization of stablecoins.

However, there are some challenges and risks if the massive distribution of Stablecoins is. According to Fabio Panetta, Member of the ECB Executive Board, one of the challenges is how stablecoins can penetrate the legal legality of the international world and the risk if there is improper management of the underlying asset.