"Narrowing Disparity Through Innovation and Optimization of Local Resources in Indonesia"

Jakarta, 10-11 July 2018 -- Hosted by the Ministry of National Development Planning and supported by the Australian government through the Knowledge Sector Initiative (KSI), Indonesia Development Forum (IDF) was conducted in Jakarta on 10-11 July 2018 with theme 'Pathways to Tackle Regional Disparities Across the Archipelago'. This forum brought people from different sectors to discuss about narrowing disparities in Indonesia.

One of the solutions in narrowing the disparity in Indonesia is by promoting local products. A case in Sulawesi shows how the local community manufacture their natural resources. This practice has led to a high economic growth in Sulawesi. Another case is in Kulon Progo.

The Regent of Kulon Progo, Hasto Wardoyo, elaborated how local products are used for economic improvement in Kulon Progo. The community in Kulon Progo produces their own mineral water and make their own tea and coffee brand. They also establish Tomira (Toko Milik Rakyat), which is a local supermarket where the local people can sell their products in it.

A professor from the University of Illinois, Prof. Geoffrey J.D. Hewings, explained how policy-making should be done to narrow the disparities in Indonesia. It is essential to evaluate the impact of a policy and not rush into policy.

One policy could have heterogeneous impact. There is a term named specially blind policy, in which a policy that is implemented in one region could give impacts to the other region where the policy is not even implemented there. He emphasised that attention to the regional problem should be the first priority.

Arifi Rudiyanto, the Deputy Minister for Maritime and Natural Resources in Bappenas, explained that Indonesia's vision in narrowing disparities is in line with Sustainable Development Goals (SDGs) number 10, reduced inequalities. "No one left behind is the imperative core principle of SDGs", he said. Inequality could happen in economic sector, education, health, gender issues, region, and so on. 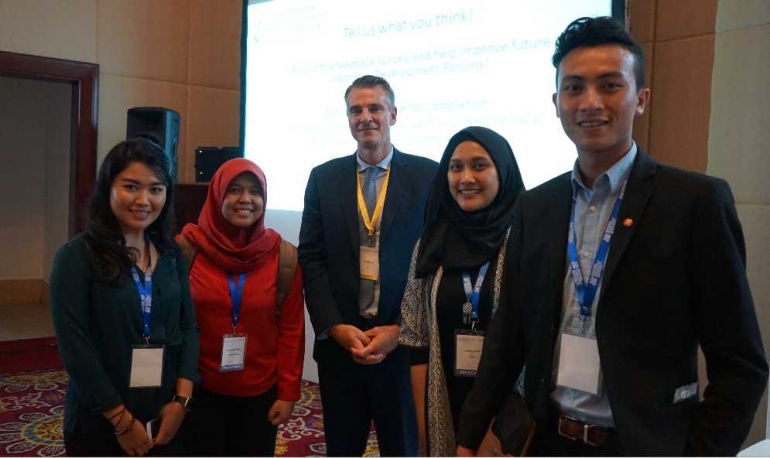 The importance of agricultural development was mentioned by Samsul Widodo (the Director General for Underdeveloped Regions, Ministry of Villages, Development of Disadvantaged Regions and Transmigration). The policy in Indonesia still focuses on the production, where it is supposed to focus on post-harvesting and marketing also. He also mentioned the potential of connecting agriculture with economy digital, like what have been done by efishery, pasarlaut, limakilo etc. His ministry cooperates with start-ups to bring local products from disadvantaged regions to the urban area.

The second day was opened by a topic about reducing disparity through optimisation of culture in eastern Indonesia. One of the examples is the effect of a movie titled 'Laskar Pelangi'.