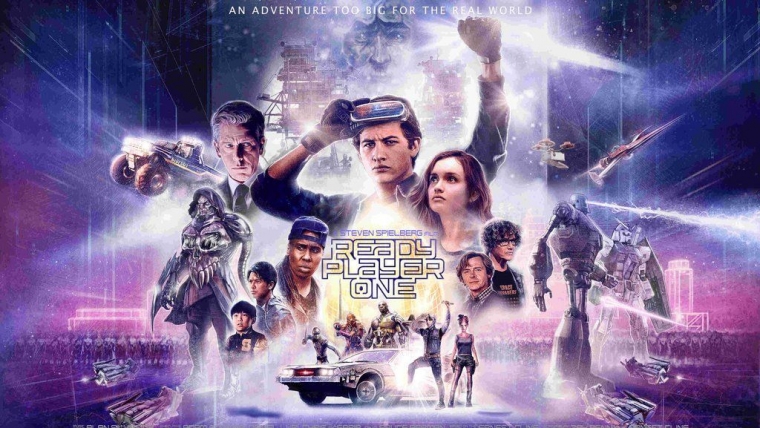 Entering the era of globalization, the existence and usefulness of technology cannot be avoided. In general, technology makes human work efficient, so that technology is widely applied in various fields, one of which is education.

Ready Player One is a movie by Steven Spielberg tells the story of life in the harsh 2045’s. Wade Watts is a teenager who lives with limited economic conditions and lives in a slum area. He always runs away from reality and takes it out by playing in the OASIS virtual reality world. In this game, a person can be what he wants. OASIS was created by James Halliday, before he died he held a competition to find Easter eggs contained in the virtual game he created. Whoever is able to find the egg is entitled to all of James Halliday's wealth, including controlling the OASIS. Over the years millions of people have tried and failed.

This film tells the story of technology that enables us to see 360 degrees. Actually, this unique technology in the form of virtual reality can be applied to the field of education. A person will understand history better if he feels involved in it. This condition is very suitable with the technology created by James Halliday, where the technology he creates makes us seem to be entering another world. This technology also offers a 3D sensation where we can look around. In addition, this technology can also be applied to flight schools where students can learn by simulation first. In addition, this technology can actually be applied to all subjects with the aim that students can focus on learning and not talk to their classmates when learning begins, but this creates a negative side, namely high individualism.