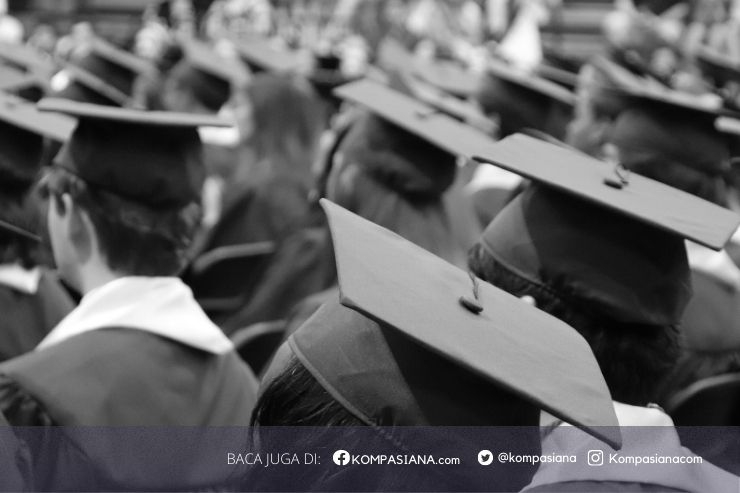 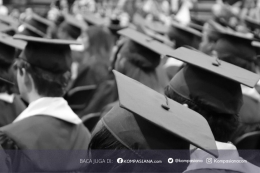 Education is a basic provision that aims to develop our abilities and personality. With education, a nation can uphold moral values and be able to compete healthily in all fields. Based on a survey by the United Nations Educational, Scientific and Cultural Organization, the quality of education in Indonesia is ranked 10th out of 14 developing countries in the Asia Pacific. On the quality of teachers, there are level 14 out of 14. Very concerned about the condition of education in Indonesia, one of the causes is the low level of facilities and infrastructure, the quality of teachers and also student achievement.

Education is an element that cannot be separated from human beings. Starting from the womb to growing up and then old humans experience the educational process. Education is a light that guides humans in determining the direction, purpose, and meaning of this life.

Education as an open system cannot be separated from a problem, whether it is a micro problem or a macro problem. Problems that are micro, are problems that arise in the components that exist in education itself, namely as a system. Macro problems are problems that arise in education, where as a system with other wider systems in all human life.
According to Kurniawan, the factors that determine the success of an education system can also be caused by the students, the role of a teacher, economic conditions, facilities and infrastructure, the environment, and many other factors (Kurniawan: 2016).

The quality or quality of education in Indonesia is currently quite low when compared to other countries in the world. According to the results of a survey on the world's secondary education system in 2018 issued by PISA (Program for International Student Assessment) in 2019, Indonesia occupies a low position at 74th out of 79 other countries in the survey. In other words, Indonesia is in the 6th lowest position.

There are quite a number of educational problems in Indonesia, ranging from curriculum, quality, competence, and even leadership competencies, both at the top and bottom levels. Various cases of complaints occurred in the field, both school leaders and educators who regretted the dimensions of leadership such as management, discipline, bureaucracy and administration which were in shambles. Then, no less important, the issue of leadership in schools also plays a role in coloring the face of the implementation of the world of education and widening the gaps and internal conflicts of educators.

There are also other problems in Indonesian education which are poor infrastructure, poorly designed programs, and poor teacher quality. The report shows that the quality and efficiency of education in Indonesia is still lacking when compared to other Southeast Asian countries. Universitas 21, a university network, ranks Indonesia's higher education system as the forty-eighth best among the fifty countries studied. The country's education system is the fourth largest in the world, comprising more than 50 million students, three million teachers and 300,000 schools.

Goldy Fariz Dharmawan, researcher with independent think-tank the Smeru Research Institute, warned about the consequences of Indonesias education system and harm that could result in the economic prospects of its citizens. Improving its education system is therefore not just a matter of increasing resources and training teachers, it requires a radical transformation in the basic political and social relations that characterize Indonesias political economy and shape the evolution of its education system, said Lowys institute. In 2012, the McKinsey Global Institute released an economic report in Indonesia which changed its focus, calling for a number of measures to increase the quality of Indonesias education system, including, among others, raising the standard of education, emphasizing recruitment and development of excellent teachers. Since the mid-2000s, Indonesia has implemented a wide array of education reforms, including the decentralization of parts of its school system, improvements to teacher training standards, and sizable increases in spending on education (as a share of the national budget).

Through initiatives like devoting funds to education, improving teacher education, and including technology in curricula, education is improving in Indonesia. Indonesia dedicates 20% of the annual state budget for Indonesia to education, spending over $30 billion annually on schools, teachers, and universities. The findings indicate problems with the quality of education in the Southeast Asian nations largest population centers. Analyzing 34 education policies in 13 districts nationwide, we found that district administrators are placing a greater emphasis on improving students educational outcomes, as indicated by students test scores, than improving school accessibility.

Because Indonesia covers 15,000 islands, such a range makes establishing national guidelines for education or teacher qualifications challenging. Currently, all teachers are required to complete four years of higher education, either through an undergraduate degree or an advanced degree. In Indonesia, all citizens are required to complete twelve years of mandatory education, which is comprised of six years in primary level, and three years each at intermediate and high level. Indonesian is the official language of instruction in the school.