Puzzled Over the Future of Religious Studies? 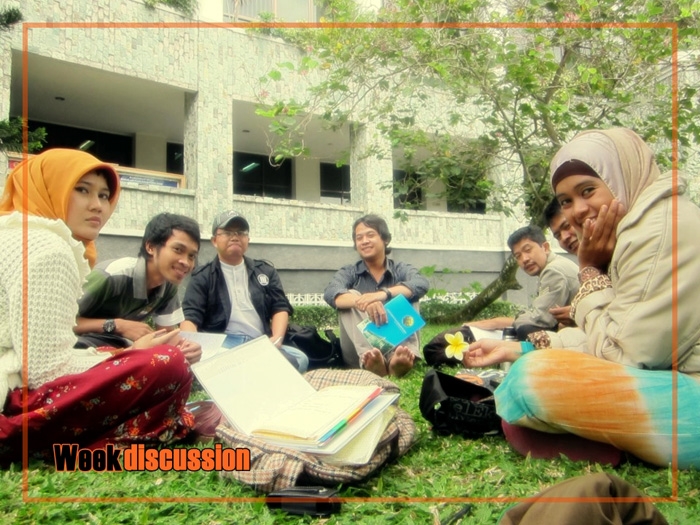 Indeed, since the WTC tragedy after 9/11 a number of people are interested in the study of Islam as expressed by George Chryssidesthat “[r]eligious studies particularly in the field of Islam took off after 9/11” (The Religious Project, 21/3/2012). Hence, religious study also becomes a concern of many parties, especially of American and European scholars. Subsequently, some campuses in the United States opened the department of Religious Studies, because this major presents very important subjects which is one of them is to explain this tragedy. Then, exactly, what is religious study? Does it just study the outer shell of the discourse of certain religions? Or, instead, is it learning about religious doctrine and dogma? In this case I advocated what Ninian Smart affirmed that there should be a revolution in the study of religious studies. As said by Ninian that “religious study takes religion as an aspect of life and tries to understand historically and Culturally by applying the insights of various disciplines -such as psychology, anthropology, sociology and linguistics” (Smart, 1983, p. 3; Hyman , 2004, p. 198).

Definitely, renewal in religious studies is quite significant because it will determine the future of religious studies itself and its graduates. Since, many lay people misinterpret religious study as the similar study to the theology. This is what should be clarified. Still according to Ninian, religious study must apply the “multidisciplinary approaches” (Smart, 1983, p. 3; Hyman, 2004, p. 198). In the study of religion by using the sociological approach, for instance, to James Cox “[a] scholar of religion can understand the manner whereby traditions are passed on, how societies function and operate, the whole question of Western vs. Non-Western, issues to do with secularization and the development or the individualization of religion in the contemporary world” (The Religious Project, 3/19/2012). It is clear to say that if we can examine religious studies well, it will be a multi-discipline of applied science which absolutely has good prospects to be developed.

Related to the future prospects,there seems to be obvious that religious study -cited on Cusak Carol’s opinion- [i]s both bright and bleak (The Religious Project, 3/19/2012). Being bleak because few people who are willing to be religious scholars. In this case, I started to remember a lecture conveyed by Drs. Mundhir Thohir, M. Ag., in a discussion of “The Workshop on Development of the Comparative Religious Studies” took place in STAIN Kediri in which he expressed concernat theclosure ofdepartmentsof Comparative Religionin some areas (02/02/2013). How could this happen? Lack of clarity on the fate of the graduates of religious study on the future becomes one of the main considerations. Hence, most people who go through college education choose the majors that sell, meaning no trouble finding a job after graduation. At this point, the majors are considered “bona fide” majors such as Economics, Islamic Banking, Tarbiyah and Education, Health Sciences and Medicine. Meanwhile, the majors directly related to the religion become a lack of interest.

Therefore, I agree with what Graham Harvey said that “[t]here is some very exciting days ahead in studying religious studies” (The Religious Project, 3/19/2012). Many graduates of religious studies work as a journalist, researcher, NGOs, preachers, teachers, lecturers, and even national politicians. Some of them are Komaruddin Hidayat whose job is the rector of UIN Syarif Hidayatulloh Jakarta, and Ade Komaruddin, the Member of the House of Representatives (DPR) of Golkar Party. And they are just a few of the many alumni of religious study being public figures.

Overall, the debate about the future of religious study should no longer be a puzzle for always being re-asked. Due to the renewal of the assessment and approach, it is obvious that religious study has good prospects to come. And the most important thing to understand is that the religious study does not resemble with the study of theology, as Ninian Smart stated that, “theologians are themselves part of the “data” that scholars of religion seek to understand” (Hyman, 2004, p. 198). If only we were still going nowhere by regarding the religious study spiking on the texts and one absolute approach, thus, we could simply state that “religious studies can never achieve anything more than gathering and organizing the information available” (Dougherty, 1981, p. 308). Hence, the fate of the future is in our hands as the scholars of religious studies.

David, (2012). Podcast: What is the Future of Religious Studies? Retrieved from: http://www.religiousstudiesproject.com/2012/03/19/podcast-what-is-the-future-of-religious-studies/