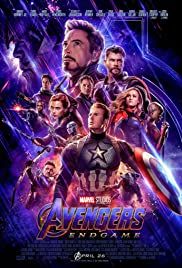 Marvel movies and comic is one of my childhood memories. One of my favorite movies is Avengers: Endgame. Avengers endgame is the 22nd movie that represent Marvel Cinematic Universe. This movie released on April 2019.

This movie tells about the cause of the Avenger assemble once more. After the devastating events on Avengers Infinity Wars that released on 2018, the universe is destroyed. In order to reverse Thanos’ action and restore balance to the universe, the Avengers assemble with the help of remaining allies.

There is a lot of unexpected event in this movie such the return of Ant-Man, Black Widow decide to sacrifice her life, Iron Man dies and Captain America finally finds the way to live the life he’d always wanted. Besides of those unexpected events, there’s many other head-spinning development and plot points too. The biggest point was the famous snap. Christopher Markus as the screenwriters said if they put the snap in wrong time, the movie wasn’t going to have an end or it would be a bit of an anticlimax. Another big plot point is when everyone comes back.

There’s a lot of technology in education that happened in this movie such a Physics of time travel and quantum mechanics. There is a lot of trial and error of using and develop the technology they used in that movie. As we all know, in real life we know there is no such a thing that technology without trial and error. Technology also help us to solve some problem faster and easier depends on how we  use the technology.