An Entrepreneur and IT strategist in serial IT companies with proven track records for more than 10 years extensive experience in mobile industry, internet space, and wireless technology. A results-driven professional in implementation and integration of various creative and innovative solutions on local and global scale. Founder and CEO of Elasitas Multi Kreasi, an IT company that focused and positioned itself as a leader in internet and mobile technology enabler in the region with expertise in custom platforms and application development. 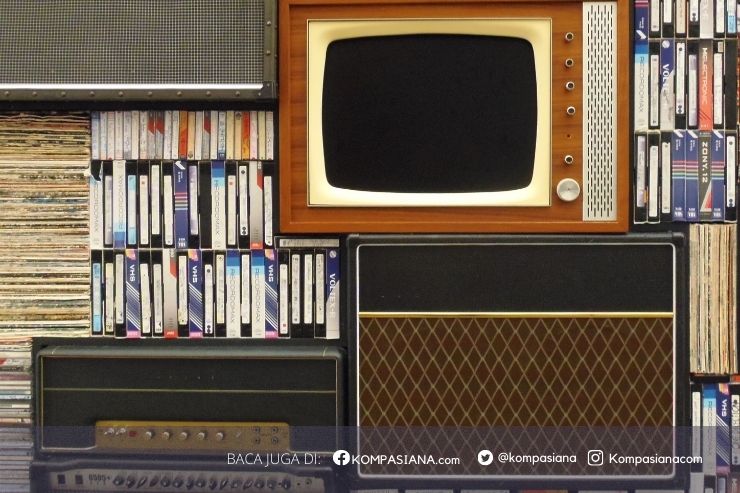 Following the advent of social networking sites such as MySpace, Facebook, and (more recently Twitter)—Foursquare is generating the kind of buzz that excites advertisers and brings connectivity to a whole new level. Boasting nearly a million users worldwide in less than a year, Foursquare is definitely the next best thing. And Indonesia is catching on. Quickly.

The way social networking sites develop from one to the other is not unlike Steve Jobs’ fiery ambition to conquer the digital world with his Apple inventions. Where industry giants like Microsoft tend to take a step back to assess the market before launching their latest brainchild, Jobs have the tendency to leap before seeing. Give the market something new, and see how it plays out. Apparently, spending too much time researching the market proves too little too late in an industry that grows so fast it makes Stanley Kubrick’s vision of the future looks, well, old.

When Facebook first began to kick off its social networking campaign by asserting six-degrees-separation system where friends-of-friends-of-friends-of-friends are linked together on a single list, tech communities the world over couldn’t stop going rah-rah over Zuckerberg’s simple, yet ingenious, invention. At the time, it was nothing new. Before Facebook, there was a string of other online social utilities that function based on shared interests, such as MySpace, friendster, deviantART, Blogster, etc. But what Facebook brought onto the table was something that no other community portal seemed to offer: personalization.

Where other sites seemed to, at the time, try to group people together into a general equation by clumping them based on interests, locales, etc.—Facebook picked up exactly where they left off and gave people the freedom to be different, unique, one-of-a-kind. The display of one’s profile page is only as complicated as the user wants it; with privacy and account settings that let users have full control of their online home. From then on, things just sort of … exploded. Because by giving people the opportunity to express themselves, facebook was also launching an unequivocal statement that pins people against their own inhibitions. The more expressive a user, the more friends they have, and all other options to personalize and create their own private world seem to fall into place. Pretty soon, Facebook attracts brands and advertisers who wish to generate ten times the buzz, and ten times the crowd.

By reducing Facebook’s application to a near-zilch, and repackaging the social networking utility into a simple status-mode, Twitter works exactly like a pager, but without an operator. In 140 characters, 75 million people worldwide are constantly exchanging information through the open space. Imagine that. Pretty soon, this too attracted the attention of businesses everywhere. The so-called infinite space of virtual reality suddenly became overcrowded and overloaded. Why wouldn’t it be? There’s a whole new world laying await in there.

And this whole new world has a name: Foursquare.

Compared to its senior competitors like Facebook and Twitter, Foursquare may rank far below the average grade; but considering that it has only been in existence for a period of no more than a year (previously it was known as Dodgeball, but the project failed) it’s pretty impressive for any networking utility to generate 500,000 active users. Nevertheless, the phenomenal part about Foursquare doesn’t so much lie in its statistics, but in its integration with existing social platforms and mobile technology that allow it to grow exponentially in the next couple of years.

More than that, Foursquare has a game-feel to it which gives off a playful atmosphere to those who use it. The more points you score by visiting the same place(s), the higher your position will be on the network. The game lasts for a week, before it restarts again every Monday, which is a way to level the playing field.

Unlike Facebook and Twitter, Foursquare operates on a location-based service platform that lets its users connect with each other by frequenting the same ‘hot spots’. A user may “check-in” at certain places and, providing they frequent it enough, they will be elected “mayor” of the site with so-and-so number of followers. By rewarding people with “rank badges”, Foursquare pioneers a hide-and-seek platform for its social use. Even so, though the previous version, Dodgeball, was only open to 100 metro locations around the world; Foursquare heightens the odds by opening itself up to all regions of the world (that have connectivity). It is precisely this strategy that eventually helps Foursquare grow into what it is now. And Indonesia, as it turns out, ranks sixth (3.2% traffic contribution, as of May 2010) in the world, boasting the most users in Southeast Asia (according to Alexa).

What does this mean, though? Is this no different compared to Facebook and Twitter’s staggering success? Or will Foursquare create its own phenomenon?

Socially, maybe not. Facebook and Twitter are holding steady as they innovate new platforms and integrations with various applications – plus, great though it may be for people to connect with each other based on where they are, it still cannot outcharm Facebook’s privatization of virtual profiles, or Twitter’s quick messages. It can, however, make the most of the two platforms and create a highly effective business model.

Neighborhood exploration is one of the main attraction for Foursquare users, something that is reminiscent of GPS’s phenomenon back in the days and some people’s addiction to drunk-dial or randomly pick prank subjects from the Yellow Pages. Not to say that Foursquare users are drunkards or that they like to throw pranks, but it does allow everyone who is registered as a user to explore locations previously visited by their friends and friends of friends and so forth. In this way, it makes it easier for businesses and brands to tap into the market by letting them “check-in” to their locations and awarding them “real bonus” for doing so. Starbucks is one of the many enterprises which already use Foursquare applications to launch promotions (example: if you become a mayor at one of their locations, you will get a free latte, or cash back).

Being the sixth largest traffic contribution in the world, and notably the largest in Southeast Asia (DailyNews), Foursquare flourishes way beyond expectation in Indonesia. Some even claim that its currently modest numbers are climbing at a much faster rate than Twitter did in the last two years, or Facebook in the last decade. And with the way things are going, it is not impossible that Indonesia may become one of the most exciting market for advertisers to start integrating their campaigns using Foursquare’s location-based system.

Several media organizations in Indonesia are getting on the bandwagon by registering their location(s) onto Foursquare’s application. This way, everyone can update each other on events that are taking place in different locations. Moreover, local businesses are already expressing great interest in running their own campaigns via Foursquare that is integrated with Facebook and Twitter. Esquire Indonesia, Maxim, Kompas, Media Indoensia, Metro TV, and The Jakarta Globe are several organizations that actively utilize Foursquare.

Despite the lack of sufficient data to back Foursquare’s successful business model, and the general skepticism of investors to launch mega-campaigns using Foursquare, in a similar fashion as those run on Facebook, MySpace, and Twitter, it is perhaps worth noting that Indonesia is very open to the possibility. With 24.7 million Facebook users (with a recent spike of over 5 million users in the last couple of months alone), and over 2.4 million Twitter users (though the number is still debated, because according to GreyReview, the numbers reached the peak at 5 million users back in January 2010, but dwindled to 2.4 million today) integrated applications between Facebook-Twitter-Foursquare may just be what these mobile and socially connected communities need to stay connected. In fact, Pizza Bar—a Jakarta-based food chain—is already running a promotional campaign using Foursquare as its platform. By “checking in” as mayor for five times, the user(s) will get a free drink. The first business to engage with the location-based platform which now becomes talk of the towns, Pizza Bar hopes to attract more customers this way. And so far it’s looking positive.

For one thing, or several, Indonesians are very good at synergizing different platforms. The social circles among Indonesians have the tendency to overlap one another, and therefore able to foster an even stronger bond toward community-based activities. For another thing, Indonesians are reward-addicts whose consumptive desire is often driven by brand promotions and rewards. More than that, Indonesians are the kind of social creatures whose idea of privacy usually means “me-and-everybody-else-in-my-family” instead of “just me”, and who are less concerned about sharing private thoughts, locations, as well as information.

When Starbucks Indonesia launched a Facebook campaign last year whereby each customer who wrote on their status “I am at Starbucks” and kept it for at least an hour was awarded with a free cup of mocha latte, dozens showed up by the day, which then grew to hundreds in some of its busiest locations, generating more buzz than a televised ad. Imagine what it could do with Foursquare now that users no longer had to type at all, but simply “check-in” (which happens at the click of a button). Not to mention that the more you “check-in” the better your position is among fellow Foursquarians. It may seem ridiculous right now, and there are those who mock Foursquare the way they once mocked Twitter before it became what it is today, but pretty soon people are going to check in and out of locations while sending shout-outs to friends and relatives.

Nevertheless, in spite of the fact that Indonesia is perhaps one of the most sought-after markets in Southeast Asia due to its unique ability to adapt to new technology, and growing number of mobile users, whether or not Foursquare may rise beyond its phenomenal predecessors is still to be questioned. After all, regardless of the current hype surrounding Foursquare, it remains to be seen whether anyone is ready to have their lives blatantly opened like a book, their presence beeping on a screen 24/7, and their thoughts transmitted faster than they can spell the word ‘transmit’. We may be social creatures, but we are, nonetheless, creatures with human complexity—in that some of us are not quite up to the idea of having their lives shared, followed, or open for public consumption.

But the potential is definitely there, alright. 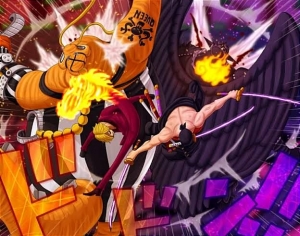 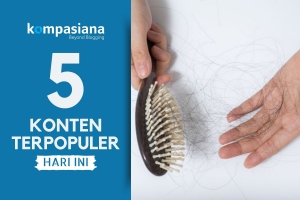